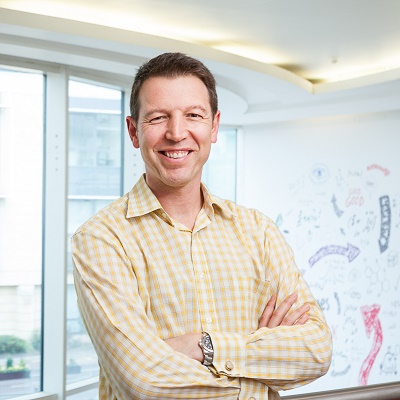 3UK on Wednesday reported modest growth in 2016 revenue and earnings, and revealed plans to update its medium-to-long-term strategy later this year.

With regulator Ofcom planning to auction 190 MHz of frequencies in the 2.3 GHz and 3.4 GHz bands this year, and with 3UK in the process of acquiring fixed-wireless operator UK Broadband, the operator’s CEO Dave Dyson has many potential scenarios to factor into his planning.

"We will share more of our plans in August or September," by which time the UK Broadband deal should have closed, and the spectrum auction completed, he explained on a conference call.

3UK struck the £300 million deal to acquire UK Broadband in February. The company, which offers fixed-wireless broadband services under the Relish brand, holds 124 MHz of 3.5-GHz and 3.6-GHz spectrum. It also holds spectrum in the 3.9 GHz, 28 GHz, and 40 GHz bands.

Dyson said the takeover represents a renewed effort to beef up 3UK, following its unsuccessful attempt to merge with O2.

"UKB helps us on the spectrum side," he said, noting that a lot of those frequencies are not currently used for mobile services, but could be repurposed to that effect in future. The deal also helps 3UK with "dipping its toe in the home broadband market," enabling it to offer "a broader range of solutions to our customers."

The takeover still requires the go-ahead from the authorities; Dyson said he is "confident we’ll secure approval quite soon."

Dyson also took the opportunity to once again lobby Ofcom to address the U.K.’s spectrum imbalance.

3UK is one of a handful of players calling for the regulator to impose a 30% cap on the amount of mobile spectrum that any single player can hold.

As it stands, Ofcom has proposed restricting the amount of ‘immediately usable’ spectrum that any single operator can own to 255 MHz. For BT and its EE arm, which currently hold a combined 45% of the U.K.’s available mobile spectrum, this means they would not be able to bid in the upcoming 2.3-GHz auction. Following the 2.3-GHz auction, BT and EE’s combined spectrum share will fall to 42% – provided all the spectrum is sold off.

Dyson insisted that 3UK is not looking for a free ride, and is happy to pay a fair market price for airwaves.

The comments were made alongside the publication of 3UK’s 2016 financial results.

The operator grew revenues by 4% year-on-year to £2.28 billion, while earnings before income tax (EBIT) increased 8% to £496 million.

The results were driven by an increase in service revenue, thanks to steady growth in contract customers.

Average monthly data usage per customer increased to 6.4 GB from 5 GB. By comparison, the U.K. average is 1.3 GB.

"We carry 35% of the U.K.’s mobile data traffic, this is despite having the smallest customer base," noted 3UK CFO Richard Woodward. 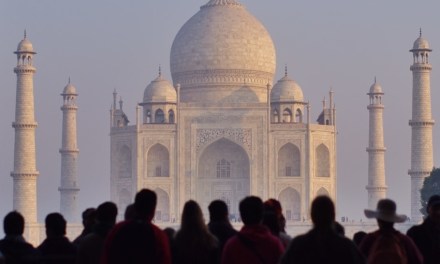