5G services launch in Montenegro for the first time 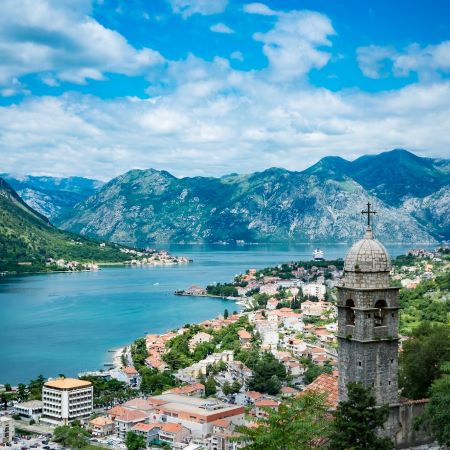 Just three months after winning 5G spectrum at auction, Crnogorski Telekom has announced its first commercial deployment of the technology in the country’s capital

Back in January, Montenegrin regulator EKIP (Agency for Electronic Communications and Postal Services) announced the conclusion of the country’s latest spectrum auction. The auction sold 220MHz of spectrum in the 900MHz, 1.8GHz, 2GHz and 2.6GHz bands, raising around $8 million.
Now, less than two months later, Crnogorski Telekom is already putting that spectrum to good use, launching Montenegro’s first commercial 5G services in parts of the capital city, Podgorica.
For now, the deployment is limited to the Block 5, Tolosi, Dalmatinska and Elastik areas of the city, with additional coverage for the city currently being planned.
The secondary focus for Crnogorski Telekom’s rollout will be on building out their network around areas on the coast, helping to facilitate the country’s integral tourist trade, which accounts for around 20% of the nation’s GDP.
“By the end of May, we will cover important areas in Podgorica, and by the beginning of summer, important areas on the coast, so that we can handle all traffic that will result from a large number of tourists visiting Montenegro,” said Crnogorski Telekom’s executive director Stjepan Udovicic.
The 5G network will be available to all of Telekom’s customers regardless of their mobile package, provided they have a 5G-capable device. Only Xiaomi’s 5G models have been enabled so far, but Samsung and Apple devices are likely to follow in the near future.
The 5G network itself has been enabled using Ericsson’s dynamic spectrum sharing technology, which allows existing 4G infrastructure and spectrum to support the nascent 5G network.
This reliance on 4G spectrum will likely continue for many months yet, but the Montenegrin operators’ lives could become somewhat easier by the end of 2022, with EKIP set to auction further spectrum in the 700MHz, 1.5GHz, 2.3GHz, 3.6GHz, and 26GHz bands in the second half of the year.
Clearly, it is very early days for Montenegro in terms of 5G, providing a stark contrast to the major 5G rollouts we are used to reporting from Western Europe. Placed in context, however, and Montenegro is actually ahead of its immediate Balkan neighbours; Serbia is still waiting to auction 5G spectrum later this year, while Kosovo, Bosnia-Herzegovina, and Albania are still rolling out LTE and have no announced plans for 5G just yet.
Want to keep up to date with the latest developments in the world of telecoms? Subscriber to receive Total Telecom’s daily newsletter here
Also in the news:
What’s in a name? Telecom industry’s leading brands in 2022
How we’re bringing connectivity to more of Britain for our emergency services
Orange and MasMovil talk €20bn tie-up in Spain
Share