An aversion to logos could be Essential’s undoing

Even with a logo it is hard to stand out in a market that includes advertising behemoths like Apple and Samsung.

You could design a better phone than Samsung, Apple, Huawei, or Sir Jony Ive himself, but if not enough people hear about it, you don’t stand a snowflake in Hell’s chance.

This, in Total Telecom’s considered opinion, is the biggest single challenge facing Android co-creator Andy Rubin and his new company Essential, which, as well as having a new smartphone to show off this week, also has a professed aversion to logos – which doesn’t help much when it comes to brand awareness. Essential does have a logo, of course, but it’s not happy about it. The press kit section of the Website informs the weary journalist that "we’re not big on logos at Essential, but if you need one, please use the following…"

Essential says it’s not about logos, it’s about phones, and to be fair, Essential’s new phone is a good-looking piece of kit, with a sturdy titanium body encasing an edge-to-edge 4K screen. Inside is a Qualcomm Snapdragon 835 processor; 4 GB of RAM and 128 GB of storage; a 13 megapixel rear camera and an 8 megapixel front-facing camera; and a fingerprint sensor. It runs Android.

It also supports accessories, which attach via magnets and communicate wirelessly with the phone. The first accessory is a 360-degree camera, because framing a shot is hard, and people are nostalgic for those 90s skateboard videos filmed though a fisheye lens. Probably.

Essential also unveiled its own take on Amazon Echo or Google Home. Called Home, it is designed to be less intrusive than its rivals, while offering similar functionality. However, while it does have a speaker, it is not designed to be used as a music player.

Back to the phone, and the one thing it proudly lacks is a logo, because Essential says "your phone is your personal property. It’s a public expression of who you are and what you stand for. Just because we played a part in making it, [it] doesn’t mean you should be forced to advertise that fact to everyone in your life. Now you know why we don’t have any logos on the phone."

So, this is a phone designed very much for the people, and by ‘people’, I mean, ‘rich people’. The phone comes unlocked and on its own costs $699 (€620). The camera accessory bumps up the price to $898; however, for a limited time, the phone and camera are available as a bundle for $749. 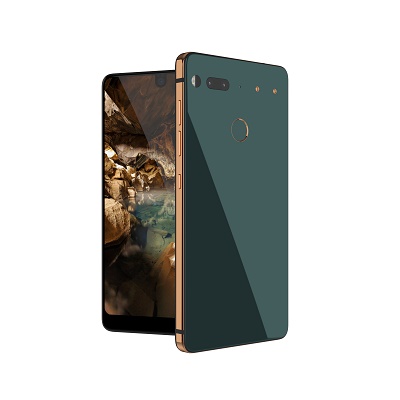 The launch understandably generated a lot of excitement – Rubin co-created Android, after all; it’s the phone equivalent of Steve Wozniak designing a new computer.

Nonetheless, it is crucial that this be converted into sustained mindshare, if you’ll forgive the gratuitous use of an advertising buzzword. Otherwise, average consumers – already bombarded by Samsung and Apple ads – will soon forget what they were so excited about.

A highly unscientific and cursory glance at the online storefronts of major U.S., U.K., Japanese, and South Korean MNOs showed that Apple and Samsung hog the limelight, featuring on the front pages of the 14 operators surveyed 10 and 11 times respectively. LG ranked third with five appearances. Sony featured once.

It may only be 14 of the world’s operators, but together they have comfortably north of half a billion mobile subscribers. And, if the pattern observed on these 14 Websites is consistent with the industry at large, then there are a lot of eyeballs being nourished by delicious publicity shots of iPhones and Galaxy S8s.

And these are just the operators’ own online storefronts. There is also the money that the likes of Apple and Samsung pour into TV, print, and outdoor advertising, and sponsorship to consider too. The world is saturated with iPhone and Galaxy ads.

With that in mind, Total Telecom contacted Essential to enquire about its advertising strategy; this story will be updated if and when it responds.

The bottom line is Essential might not think a logo is essential, but getting word out to potential customers surely is. 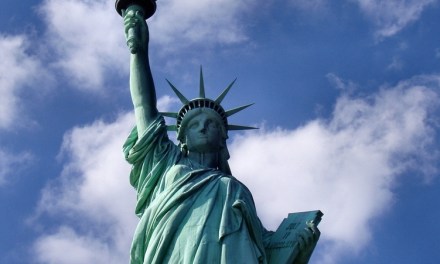 How has Covid-19 changed the submarine cable industry?