BT was fined £42 million (€48.56 million) on Monday after its networks arm Openreach underpaid compensation owed to other telcos for failing to deliver Ethernet services on time.

Under U.K. telco regulator Ofcom’s rules, Openreach is obliged to compensate wholesale customers if it does not install a leased Ethernet line for a business user within 30 working days.

In certain circumstances though, Openreach can assume that a customer has agreed to an extension of the 30-day period if Openreach encounters unforeseen issues that require more time to resolve.

However, an investigation by Ofcom found that Openreach retrospectively made this assumption over a sustained period between January 2013 and December 2014 in order to reduce the level of compensation.

"BT broke our rules by failing to pay other telecoms companies proper compensation when these services were not provided on time," said Gaucho Rasmussen, Ofcom’s investigations director.

"These high-speed lines are a vital part of this country’s digital backbone. Millions of people rely on BT’s network for the phone and broadband services they use every day," he said.

Ofcom said the £42 million fine incorporates a 30% reduction to reflect BT’s agreement to settle the investigation by admitting full liability and to set a scheme to compensate affected telcos. Under the settlement, every wholesale customer must receive compensation within 12 months.

"The size of our fine reflects how important these rules are to protect competition and, ultimately, consumers and businesses. Our message is clear – we will not tolerate this sort of behaviour," Rasmussen said.

BT was also fined a further £300,000 after it emerged that it failed to provide accurate and complete information regarding the original dispute, Ofcom’s subsequent investigation, and the Business Connectivity Market Review 2016.

"Ofcom takes any breach of our information-gathering powers very seriously and such failures undermine the integrity of the regulatory regime. Any company that breaks these rules should expect similar consequences," Ofcom said. 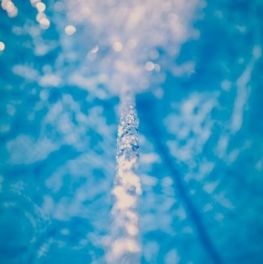 Broadband on tap: Fibre to be placed in UK water pipes