China welcomes fourth mobile operator to the world of 5G 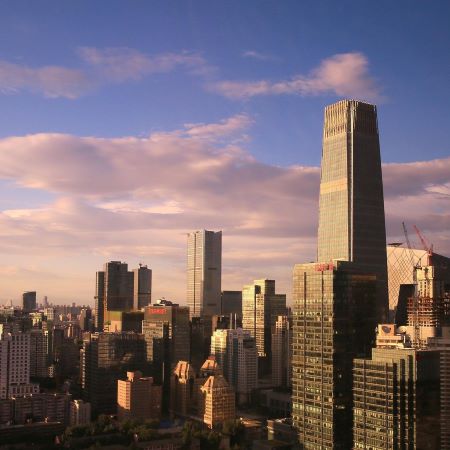 China Broadnet has today launched 5G mobile services, beginning a race to catch up with its far more well-established rivals

Back in 2019, a group of Chinese cable broadcast and television operators, then known as China Broadcasting Network (CBN), won spectrum in the country’s national 5G spectrum auction, signalling their ambition to become the nation’s fourth fully-fledged nationwide mobile operator.
The government-backed company won 80 MHz of 700 MHz spectrum and 100 MHz of 4.9 GHz spectrum, both of which can be used to provide 5G services.
Catching up with the likes of China Unicom, China Telecom, and China Mobile when it comes to 5G, however, will be no mean feat. 5G subscribers currently account for around a quarter of the trio’s existing subscriber base, totalling around 428 million people. As such, the greenfield mobile operator will need to scale up quickly if it is to prove competitive.
Earlier this month, the China Broadcasting Network was rebranded as China Broadnet and at the same time announced it was taking pre-registration for 5G phone numbers.
Today, China Broadnet has begun its 5G journey in earnest, announcing the launch of commercial services.
For now, it seems that the operator has very little in the way of its own network infrastructure, being largely reliant on a network sharing agreement with China Mobile signed back in early 2021 to offer services to customers.
The 11-year network sharing deal was split into two phases; the first year-long phase, would see China Broadnet able to purchase wholesale access to China Mobile’s 2G, 4G and 5G networks for the duration of 2021, while the following 10-year phase will allow China Broadnet access China Mobile’s 700 MHz and 2.6 GHz networks, as well as committing them to the shared deployment of a large-scale deployment of a shared 700MHz network.
This network sharing agreement will allow China Broadnet to today offer 5G services to a huge proportion of Chinese consumers but luring them away from the more established providers will be difficult. Based on the company’s website, it seems that its mobile plans are slightly cheaper than comparative offers by China Mobile – for example, its cheapest 5G plan is 118 yuan ($17.60) for 40GB of data, while China Mobile charges roughly 10 yuan ($1.50) more for a similar plan ¬– but whether this will be enticing enough to secure a significant market share remains to be seen.
Nonetheless, Broadnet does have something of a unique selling point for customers in its broad array of media assets, with the operator hoping to become a converged mobile and media company, providing immersive and interactive broadcast and TV media services, including the use of augmented and virtual reality, which will be enabled by their 5G network.
In related news, earlier this month, China Broadnet announced that it had selected ZTE to provide the 5G core network for a location-based service (LBS) project, seemingly initially focussed on providing support for emergency services. ZTE will deploy their technology at one site in Beijing and another in Nanjing, with the result being that all of Broadnet’s 5G customers will be able to benefit from emergency location services, with further applications for the technology related to enterprise customers expected to be announced in the near future.