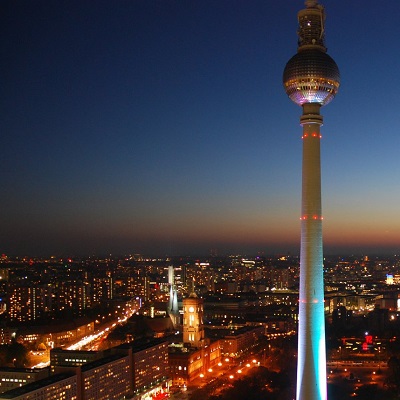 Less than a month after the conclusion of the high-spend German 5G auction, incumbent operator Deutsche Telekom has made its first 5G devices available to end-users and detailed its plans to roll out 5G services in six major cities later this year.

Deustche Telekom aims to have built 300 5G antennas in 100 locations before the end of the year. Berlin and Bonn will be the first to have access to live 5G services, although the telco did not specify exactly when the launch will take place. Darmstadt, Hamburg, Leipzig, and Munich will follow.

"We punched our ticket for a 5G future with the spectrum auction. Our goal now is to get 5G to the streets, to our customers, as quickly as possible," said Dirk Wössner, Deutsche Telekom management board member and MD of its domestic business, Telekom Deutschland.

Deutsche Telekom was the biggest spender in the 5G auction, shelling out €2.17 billion for 130 MHz of frequencies across the 2 GHz and 3.6 GHz bands. It was also one of the more vocal critics of the auction structure, speaking out against what it believes were artificially inflated prices in no small part due to the government’s decision to reserve spectrum for private enterprise, making it difficult for operators to then finance the rollout of 5G networks.

Again, on Wednesday, it called for regulatory support for telcos.

"We need a clear regulatory framework and pragmatism from the authorities – particularly when it comes to questions regarding regional spectrum, local roaming, allocation of the auction proceeds, and the approval procedures – which takes far too long in Germany," Wössner said.

Its first 5G smartphone is the Samsung Galaxy S10 5G, which costs 5 cents under €900 with the Magenta Mobil XL Special rate plan. Deutsche Telekom said customers can trade in their old smartphones for a €200 credit and it is also offering an early adopter discount of €100. Its new unlimited rate plan costs €84.95 per month.

Customers purchasing the phone now will use the LTE network but will be connected to 5G automatically when the technology is available.

5G is coming to German, but it’s not cheap.