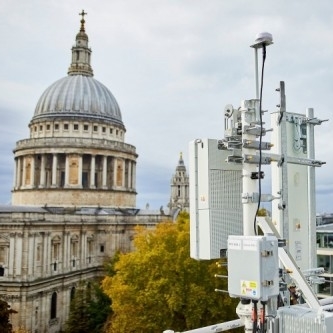 Working with Qualcomm at the BT lab in Borehamwood, EE has demonstrated 5G download speeds of 2.2Gbps

Today, EE has announced that it has become the first European operator to successfully aggregate seven different spectrum carriers to deliver a 5G signal.

The testing, which took place at BT’s lab in Borehamwood, saw EE combine 5G spectrum carriers in the 3.4GHz and 3.6GHz bands with five additional carriers in LTE bands: two in the 1.8GHz, one in the 2.1GHz band, and two in the 2.6GHz band.

Once successfully combined, the 170MHz of bandwidth allowed for 5G download speeds of 2.2Gbps in the laboratory, with EE claiming they expect to be able to deliver 1.7Gbps speeds in a real-world setting.

The tests were carried out using a mobile device equipped with Qualcomm’s Snapdragon® 8 Gen 1 Mobile Platform with the Snapdragon X65 5G Modem-RF System.

“We’re proud to have worked with EE to achieve such a notable milestone in the evolution of 5G technology. Aggregating seven (5LTE +2NR) different spectrum bands for 5G is a significant achievement and will provide enhanced customer experience. Qualcomm Technologies would like to congratulate EE as it remains at the forefront of 5G technology innovation,” said Vikrant Jain, Director of Business Development at Qualcomm.

To what extent EE will be able to replicate these speeds in a live network remains to be seen. Only a limited number of areas in the UK will have all seven of these spectrum carriers available at once, at least for the next few years. Furthermore, delivering an aggregated 5G signal will also require customers to have a device suitable and the availability of plenty of backhaul capacity, typically in the form of fibre.

On the other hand, with Ofcom preparing to auction off even more 5G spectrum in the near future, more carriers could ultimately be aggregated by EE, potentially offering even higher download speeds.

Currently, EE has pledged to make its 5G services available throughout the UK by 2028, combining both permanent infrastructure deployments and on-demand solutions.

Are the UK’s mobile networks using spectrum efficiently? Join the operators in discussion of the latest technologies at this year’s live Connected Britain event 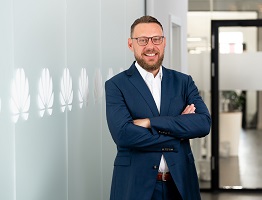 From white spots to private networks – what’s next for German 5G?