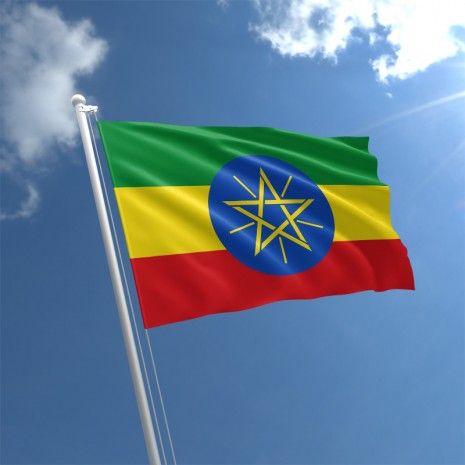 Ethiopia’s finance ministry has announced that it has received a bid from South Africa’s MTN and a consortium, including Safaricom, Vodafone, and Vodacom, for the nations new telecoms operating licences

As one of the final telecoms monopolies in the world and with a population of over 110 million, Ethiopia is seen as a huge opportunity for numerous enterprising telecoms operators around the world. It was over a year ago that Prime Minister Abiy Ahmed moved to implement economic reforms including the liberalisation of the country’s telecoms sector, promising two new entrants to the market.

Since then, amid numerous delays, there has been much speculation as to who exactly these new entrants may be, with rumours circling that dozens of entrants could be interested.

Now, however, we may have our first glimpse of the two new arrivals, with Ethiopia’s finance ministry announcing that they are considering bids from both MTN and a consortium headed by Safaricom, Vodafone, and Vodacom.

Considering the amount of interest in these licences, it is somewhat surprising to see just two bidders announced. Some potential entrants were likely dissuaded by restrictions that were announced in December 2020 stopping new licence holders from launching mobile banking services, a large element of what made a market entrance so attractive.

Both MTN and Safaricom have mobile money services at the heart of their African business model, so it will be interesting to see how the two operators would proceed were they to win the licences.

Another factor is the unstable political situation in Ethiopia right now, with the ongoing war in the Ethiopia’s northernmost Tigray region leaving thousands dead. The country is well known for extended internet shutdowns during periods of internal strife, something that could prove problematic for new telco players.

Nonetheless, the Ethiopian government seems content with the two bidders.

"Our aim was always quality over quantity, so we would have loved to have so many other companies to participate but at the end of the day all of them have their own reasons," said Brook Taye, senior adviser at the finance ministry.

Rather than an entrance themselves, it seems that some telcos may prefer to buy part or all of the 45% stake being sold in Ethio Telecom as part of the liberalisation process.

Exactly how much the companies have bid for a telco licence has not yet been revealed, but a company estimate from Safaricom back in 2019 suggested such a move would cost around $1 billion, hence their teaming up with their peers for a bid.

For now, whether MTN and the Safaricom-led consortium will ultimately win the licences remains to be seen. Officials will begin assessing these bids immediately, with a final decision likely to be delivered within two weeks.

"We will select the winners after technical and financial evaluation is completed," said Balcha Reba, director general of the Ethiopian Communications Authority.

Also in the news:
mmWave is coming to Australia
Is a telco consortium the answer to Italy’s single network woes?
A human focus to AI insight: Mentor’s approach to project execution