Europe could learn from India on spectrum allocation – Vodafone 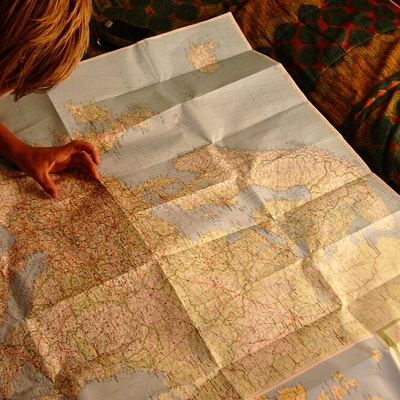 Telco highlights fragmented nature of European telecoms market; calls for longer licence durations to enable operators to have the confidence to invest in 5G

Given Vodafone’s recent tax-related issues in India, it was perhaps surprising when on Wednesday a company executive spoke out in favour of the regulatory regime there, intimating that Europe would do well to follow in the country’s footsteps when it comes to spectrum allocation.

Speaking at Connected Europe 2017 in Lisbon, Vodafone Group public policy head of spectrum Stephen Pentland gave a resounding "yes" to the question of whether it would be possible to have a single market for spectrum across Europe, although he admitted that most people in the industry do not agree with him.

It already happens in markets like the U.S. and India, he noted.

"There may be things about those markets we don’t like," he said, but they have proven that "you can run multi-state, multi-region, multi-circle auctions covering multiple [spectrum] bands," and populations of half a billion to one and a third billion people people, Pentland said.

However, there are major obstacles to such a move in Europe.

"There are national interests that prevent a single-market approach," he said.

Fragmentation is a major threat to European operators as the market moves towards 5G, and even beyond, Pentland said.

The continent has a highly fragmented approach to the licensing of spectrum and how to set the terms and conditions on spectrum licences.

Some states see spectrum licensing as a way to "plug a gap in the fiscal budget," while others are more forward-thinking and view it as a way to enable digital companies to create a digital society, Pentland said.

The European Commission’s new Electronic Communications Code, currently in draft form, contains many articles that could decrease fragmentation and improve investor confidence when it comes to 5G, but Pentland is not hopeful for its chances of success.

"We have too many national governments who wish to retain national control of licensing policies," he said. "The Council will kill, I suspect, many of the proposals in the code which could encourage investment."

Pentland highlighted a number of articles in the code that cover competition, licence fees, coverage obligations and so on, before tackling the issue of licence duration, something that is close to the hearts of many European telcos at present.

Most licences in Europe run from 15 to 17 years, he said. "Those billions that we paid for 3G licences in the early 2000s are thankfully now beginning to expire and come off our balance sheet."

However, longer licences would be advantageous for telcos article 49 of the code suggests 25-year licences.

"That would be great from our point of view. I’d have to take part in these auctions less frequently," Pentland said. In addition, engineers would have longer to invest in and upgrade networks.

However, national administrations and the Council believe licences in excess of 15 years would constrain development, even with safeguards such as annual spectrum fees and spectrum trading in place.

"Could we envisage going one step further and thinking about indefinite licences? That’s what the U.K. has,"Pentland said, explaining that once an operator’s licence term expires in the U.K., it has the chance to convert it to a perpetual annual licence, in return for licence fees and with the regulator retaining the power to revoke the licence in certain circumstances.

"It gives operators confidence to invest in the longer term," he said.

Although there is still no certainty within in the industry on what 5G will look like, operators will need to look beyond it when planning hefty investments.

"There will be something beyond 5G. I don’t know whether it’s 5G Plus, or Advanced, or 6G," Pentland said.

But today’s investments will be evolved and replaced in five, 10 or 15 years, he said. "Therefore we need to think again about licence renewal," he insisted.

At the moment the situation is quite haphazard, with operators refarming 1800-MHz spectrum to 4G from 2G, for example, even though they only have a few years left on their licence

"Why would you even make that investment?" without some certainty on the renewal process and, of course, the cost, Pentland said. 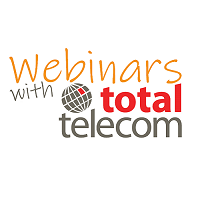 Realising the potential of a hyperconnected city