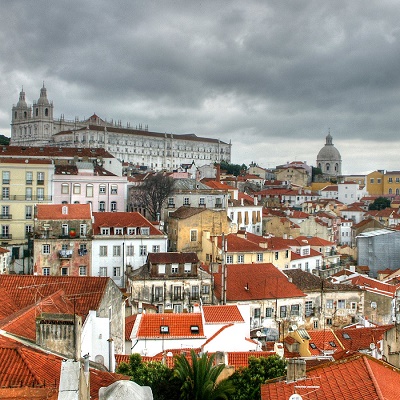 European telecoms operators are pushing ahead with preparations for fifth-generation mobile services, with some even claiming ot be ready to go, but there are some thorny issues regarding the monetisation of 5G, and the generatons that went before it, to be tackled first.

"We are ready for 5G," Alexandre Fonseca, chief technology officer at Portugal Telecom, declared at the opening session of Total Telecom’s Connected Europe event in Lisbon on Wednesday.

Fonseca was referring in no small part to the telco’s extensive fibre rollout, which began in earnest two years ago. "Over 95% of our mobile base stations are fibre-connected," he said.

However, there is more to rolling out 5G than building infrastructure and as businesses, telecoms operators have a number of non-technical issues to overcome before the move to 5G will be possible.

"We have some doubts," when it comes to the European Commission’s targets on 5G, Fonseca admitted.

Amongst other things, the Commission has decreed that each member state should have 5G commercially available in at least one major city by 2020, with a view to reaching uninterrupted 5G coverage in urban areas and on major roads and railways.

"We still need to amortise 4G investments," Fonseca said. "And we have some doubts regarding what the monetisation of the spectrum will be, and how the spectrum will be allocated, distributed, and eventually commercialised, between states and operators," he said. "It’s not a technology issue."

Fonseca’s peers in the industry for the most part agreed with him.

"The targets are ambitious, [but] they are possible,"said Alison Kirkby, CEO of Tele2.

However, Kirkby noted that she speaks from experience of markets like Sweden and the Baltics, where fibre penetration is high and Tele2, a mobile-only player, has access to fibre to connect base stations.

Markets like the U.K., France and Germany are "going to have a tougher time," she said.

"We’re preparing for 5G," Kirkby said. However, "the monetisation use cases that will justify these significant investments ahead are as yet unclear," she admitted.

Meanwhile, for Spain’s Telefonica, the important thing is for industry stakeholders to adjust their thinking when it comes to 5G.

"It is impossible to think in 4G parameters," said Enrique Blanco Nadales, global CTO at Telefonica.

Blanco talked up Telefonica’s moves towards the cloudification of the network, the deployment of massive edge computing capabilities, and hosting services close to the customers.

"The main problem we need to solve is about the density of the IoT devices," he said. In the 4G world it is possible to support 55,000 IoT sensors per square kilometre, but with 5G the market is looking at 1 million IoT devices in the same area.

As it stands, Telefonica has around 150,000 mobile base stations, but with 5G this could be multiplied by 10, to give 1.5 million active antennas, he said. "This is going to happen, but it’s not going to happen tomorrow."

This densification of the network will have a marked impact on the European telecoms landscape.

Cloud technologies, network-sharing, "and most probably further consolidation," will be prerequisites of 5G, she predicted.