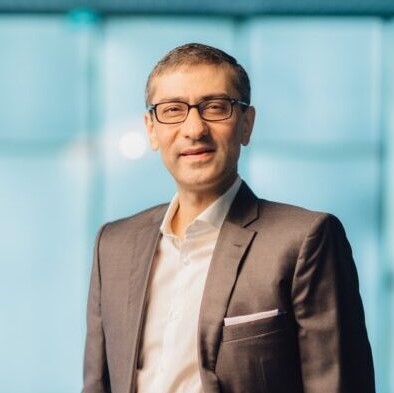 Effective March 1st, former Nokia president and CEO Rajeev Suri will become the CEO of UK-based satellite company Inmarsat. He will take over the position from Rupert Pearce who has served in the position for almost a decade.
“I am very excited to join Inmarsat, and to work closely with such skilled people, at such an important moment for the company and the satellite communications industry as a whole. I have been very impressed by the capabilities and ambitions of the company and its partner community and wish to pay tribute to their ethos, drive and ingenuity. Together, they have established technology leadership in satellite mobility, underpinned by a unique understanding of the customer,” said Suri.
Suri himself left his position as CEO of Nokia in August 2020, having held the position since 2014. This was period of major change for Nokia, during which the company’s focus shifted from mobile phones themselves to broader telecoms infrastructure. This included the enormous take over of rival Alcatel-Lucent for around $17 billion, which established Nokia as one of the big three infrastructure specialists worldwide, alongside Huawei and Ericsson.
But while this shift to infrastructure was broadly successful, by the start of 2020 the company was coming to terms with a series of disappointments in the 5G space, at least in part facilitating Suri’s departure.
When it comes to Inmarsat, no specific reason has been given for the sudden change of leadership.
Like so many communications providers, Inmarsat has proven relatively resilient throughout the pandemic. That said, exactly how robust the company has been is difficult to tell; a previously public company, Inmarsat was bought out by private equity company for $3.3 billion in late 2019 and, as a result, the company did not publicly report its earnings in 2020.
However, back in October, then-CEO Pearce was optimistic about Inmarsat’s future, noting in an interview with Via Satellite that their maritime business was “going very well” and “turning the corner and starting to grow modestly”. The company’s aviation connectivity business, struck severely by restrictions of the pandemic, remains a much smaller market for the company, but has the potential to grow rapidly, which Pearce described as being at the beginning of “a very exciting journey to become what I hope is will be at least as big of a contributor to free cash flow as our maritime business”.
Pearce will step down as CEO and hand over duties to Suri on February the 28th.
Also in the news:
What’s the score? Total Telecom’s quarterly financial Score Board
Verizon almost doubles AT&T’s total spend in $80bn spectrum auction
Community Fibre hits 200,000 home fibre milestone
Share