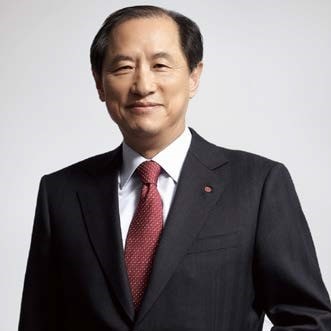 Total Telecom was privileged to speak with Dr Lee Sangchul, former CEO of LG U+, on the topic of South Korea’s 5G experience so far

As we enter 2021, many telcos are looking to South Korea for lessons in how to conduct a successful 5G rollout. The country is unquestionably one of the most advanced markets in the world when it comes to the new technology, with over 10 million 5G subscribers coming from a population of around 51 million.
But why has 5G adoption happened so rapidly in South Korea, when other markets around the world – like Europe, for example – are seeing much slower progress?
For Dr Lee, part of the answer lies in a cultural predisposition towards accepting new technologies.
“Korean people have very good experience when it comes to digital technologies and success in IT,” explained Dr Lee. “People are accustomed to accepting new technologies, like broadband, 3G, 4G, CDMA (code-division multiple access)… If you ask Korean people what CDMA is, they can tell you!”
This positive and adaptive attitude towards technology is a well-established trait of South Korean society, spanning at least the last 20 years; the advent of broadband at the turn of the 21st Century also saw South Korea take a global lead in adoption, with 10 million households were using the technology just one year after its introduction.
But the Korean people’s seemingly naturally affinity for novel technology goes beyond just public appetite, but is even a staple feature of their telcos’ mindset. Dr Lee points out that the government played a key role in driving early connectivity technologies, like broadband, but when it comes to 5G it is the operators themselves who are leading the charge.
“Government has played very much a key role in developing new IT and digital technologies. Broadband was government driven and they also played a key role in CDMA. But from 4G, operators like LG U+ started development even before the government push,” explained Dr Lee. “I would say the government are playing a very good role – not the key role, any longer, but a very good role, especially in encouraging operators and the development of 5G faster and earlier.”
This is not to say, however, that the government has lowered its support for the rollout of new communications technology. In fact, they still play a major part in encouraging the operators, especially when it comes to collaboration towards creating Industry 4.0.
“They expect 5G will bring a new era of digital transformations, which will give a great benefit to industry and will advance the digital economy far more than before,” said Dr Lee.
Furthermore, the industrial players themselves are beginning to realise that they can radically improve their efficiency by effectively harnessing 5G. The new technology, enabling the AI, the IoT and automation, can radically reduce the need for manual labour and human oversight; as Dr Lee puts suggests, “new digital technologies replaces resources”.
“It’s not just 5G,” he explained. “It is edge computing, AI, IoT, cloud, and big data… It is just beginning to bloom. And industries are beginning to realise that this is just the start of something new and better, that uses less resources. Once they realise this, they will not need pushing from the government or the operators.”
While the B2C sector is flourishing in South Korea, Dr Lee notes that it is actually the B2B sector that will be much larger in years to come.
When asked what lessons operators in other markets could learn from their South Korean counterparts, Dr Lee’s answer was two-fold: provide new services and do so faster than your competitors. He points to augmented reality (AR) or virtual reality (VR) as a prime example of the way in which 5G differs from 4G by opening up new realms of experience altogether, offering a unique selling point to consumers.
“[With AR and VR] patients begin to see unseen things; they begin to experience things they never have before. When you can provide people with new experiences and new benefits, then you will always be successful,” he said.
According to Dr Lee, in South Korea around 40% of 5G subscribers are already using AR and VR, far higher than in other markets.
But a large part of the value of these new services and experiences lies in their novelty, meaning operators cannot afford to delay.
“Do it earlier than others!” implores Dr Lee. “There are many benefits if you do it earlier. You get that first fruit – the first benefit. In the beginning the price plan are higher than they are later, so you can enjoy that too. And, of course, your brand recognition goes up if you start earlier.”
“The value of 5G is not just video, but accurate solutions – the right information, at the right time,” concluded Dr Lee. “When you use edge computing, the cloud, IoT, big data… 5G is not just a network any more, it is a system that can provide real-time value to the right people.”
Given its advancements in contrast to other global markets, it is easy to forget that 5G technology, even in South Korea, is very much in its infancy and there is still much more growth to be seen in 2021 and beyond.
“This is just the entry of the 5G market – it isn’t advanced or fully grown. I would say this is just around 10% of the total 5G market we can expect,” said Dr Lee.
You can watch the complete interview with Dr Lee Sangchul from the link above.
Also in the news:
“A litany of failures”: Public accounts committee blasts gigabit broadband rollout plans
Telecoms towers torched in South Africa over 5G fears
ETSI announces MEC Sandbox for edge app developers
Share

Hilary Mine from Nokia elected new President of DIGITALEUROPE