FCC chair voted in for another five years 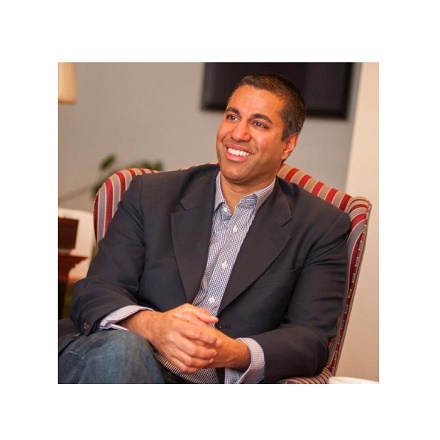 Ajit Pai to serve a second term at the U.S. telecommunications regulator

The U.S. Senate voted to confirm Pai for a second term, the FCC announced on Monday.

Pai has served as a commissioner with the FCC since 2012 and was appointed chairman by U.S. president Donald Trump in January. Trump nominated him to serve a second five-year term earlier this year.

"Since January, the Commission has focused on bridging the digital divide, promoting innovation, protecting consumers and public safety, and making the FCC more open and transparent," Pai said, in a statement.

"With today’s vote, I look forward to continuing to work with my colleagues to advance these critical priorities in the time to come," he said.

Since taking office, Pai has set about revoking a number of regulations put in place by his predecessor Tom Wheeler, who served as FCC chair under the Barack Obama administration. These include the net neutrality rules that were the subject of heated debate in the industry for a number of years.

Pai’s lighter-touch approach to regulation could also be a bonus for operators considering M&A moves.

There have been numerous reports of new deal talks between Sprint and T-Mobile US in recent weeks, a proposed tie-up that was derailed by regulators in 2014. It would not be unreasonable to suggest that Pai could be more open to the idea of a merger between the third and fourth-largest mobile operators in the country than Wheeler was.

Artificial Intelligence: From Hype to a Must-have