Telcos talk about the need to work together in the new SDN world, but they must ‘partner better’ than in days gone by

"The telecoms world is littered with the dead bodies of partnerships."

That doom-laden statement was uttered by Colt’s VP for wholesale, Tim Passingham, at Carriers World last week, shortly after David James, practice leader, wholesale telecoms, at Ovum had reeled off a litany of once big names in the industry that have fallen by the wayside over the 20 years since the event’s inception.

Many of those names were indeed partnerships. It is 16 years this month since BT and AT&T announced their decision to unwind their Concert business services joint venture, and Dutch-U.S. collaboration KPNQwest went under less than a year later, to name but two in the carrier space.

But that is not to say Passingham was warning his peers to avoid working together; quite the opposite in fact.

"You’ll see us doing a lot more partnering in the SDN world," Passingham said. "It will definitely force us to partner better."

Telstra’s geographic reach is complementary to that of Colt. Connecting the two at a software-defined level would be a "very compelling proposition," Homer said.

Another operator for whom SDNFV is high on the agenda heartily agrees that no carrier is an island.

"It’s all about partnership now," Oliver Cantor, associate director of product strategy for Verizon’s networking portfolio, told Total Telecom on the sidelines of the event.

Cantor talked up Verizon’s vendor-agnostic approach to network functions visualisation (NFV), based on OpenStack. The telco has "a handful of customers in Europe," for the most part major banks, he explained, with SD-WAN proving to be a logical place to start for enterprises. Verizon works with Cisco and Viptela in this area.

Rivals with a less open approach are limited by the choice of network or vendor, Cantor said. "They and their customers will come unstuck," he warned.

"Provided we maintain that open capability then we’ll make money," he said.

There are, of course, many different approaches to the software-defined world, and the industry is moving quickly.

Nokia this week announced it has won a private cloud, SDN project with Shanghai-based China Pacific Insurance Company (CPIC), a deal that will see it roll out the Nuage Networks Virtualised Services Platform in two CIPC data centres.

And last week BT Global Services announced that its SD-WAN service, also based on Nuage Networks technology, is ready for volume deployment.

But whatever approach the telcos and vendors take, one thing is certain: going it completely alone is not an option.

"Noone can do everything. You have to work together," Ovum’s James said. Maybe 20 years ago the likes of Concert tried to do everything for everyone, he speculated. Now carriers need to focus on their core skills and relationships, and fill the gaps with the best partner. 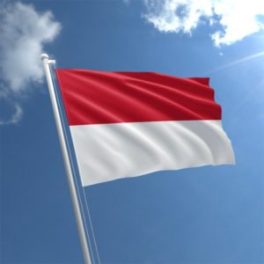