From holographics to cobots: NGMN classifies 50 potential 6G use cases 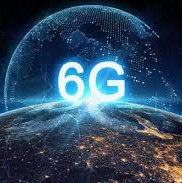 The telecoms industry association, the Next Generation Mobile Networks Alliance (NGMN), has released a new whitepaper outlining some of key use cases

This week, the NGMN has released a new whitepaper entitled “6G Use Cases and Analysis”, showcasing 50 potential use cases for the future technology.

For NGMN, identifying these use cases early will be a major factor in helping to steer the industry’s development, guide standardisation, and influence policy for 6G over the coming decade.

“6G is one of our strategic focus topics. Our 6G project is a true global collaboration among operators, vendors and research organisations as well as external stakeholders,” explained Anita Döhler, CEO of NGMN. “With our 6G Use Cases and Analysis, we continue our commitment to providing impactful guidance to the industry in developing 6G, building on our 6G Drivers and Vision. We invite interested industry players to join our endeavour for the benefit of the ecosystem at large.”

The NGMN is composed of 24 core operator members, supported by a much wider cast of vendor partners and research institutions.

Enhanced Human Communication – including use cases that have the potential to enrich human communications, such as immersive experience, telepresence & multi-modal interaction.

Enhanced Machine Communication – including use cases reflecting the growth in collaborative robotics, and autonomous machines, the requirement for sensing the surrounding environment and the need for robots to communicate among themselves and with humans.

Enabling Services – including use cases that require additional features, such as high accuracy location, mapping, environmental, or body sensing data.

Network Evolution – describing aspects related to the evolution of core technologies including AI as a service, energy efficiency, and delivering ubiquitous coverage.

While there are many exciting one of the most exciting elements of 6G is its implications for robotics. Currently, one of the jewels in 5G’s crown is how it can enable greater automation, especially in industrial settings. But for 6G, humanity’s working relationship with robots could go much deeper, unlocking a new era of human-machine communication, even allowing us to communicate directly via brain-machine interfaces.

One of the white paper’s potential use cases touches on this concept, describing ‘Interacting Cobots’ or ‘collaborative robots’.

“These connected cobots should be able to reliably read and interpret human actions and intents and react in a trustworthy way, and thereby assist humans in an efficient and safe way. They should be able to work as colleagues on precise and challenging tasks in industries, with the help of digital twins to do the job of robots more efficient, or as care assistants in the homes of elders or disabled, doing the heavy work of humans. A cobot could be a separate machine taking commands or adapting to the situation presented, or closer to humans as an exoskeleton or adaptive wheelchair,” read the use case entry.

“Cobots could also form teams amongst each other, solving tasks together and collaborating with humans on group level. To unleash the highest potential and efficiency it should be possible for sets of cobots to jointly define the way they collaborate and even communicate, naturally under the control of the network.”

While 5G is still very much in its infancy for most of the world, interest is nonetheless growing for what new capabilities 6G could entail. Research surrounding 6G commenced in various forms as early as 2019 and, since then, governments around the world have pledged billions in an attempt to gain an early advantage in the new technology.

In the summer of last year, for example, the 5G Infrastructure Association released its own white paper, exploring the potential role 6G will play in Europe and how to nurture the continent’s ecosystem.