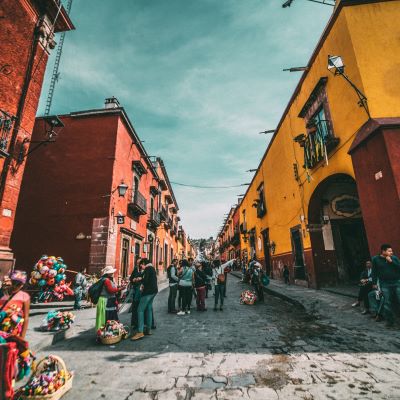 Back in August 2019, the federal government of Mexico announced that it will provide internet access throughout the country through the establishment of the CFE subsidiary called CFE TEIT.
Since then, however, CFE TEIT’s development has been slow to say the least, with the company having little to show in the way of results for its investments in the past two years.
The company has pledged to invest roughly 11 billion pesos (~$550 million) in the five years between 2019 and 2024, aiming to enable roughly 200,000 free internet access points and deploy fibre across the country.
Now, however, it seems that progress stemming from the initiative is finally being made, with CFE TEIT playing a key role in promoting a new deal between satellite players Hispasat and GlobalSat, aiming to deliver free satellite internet to 500 rural communities in Mexico.
Towns across Mexico, including Durango, San Luis Potosí, Guerrero, Coahuila, Tamaulipas, Zacatecas, and Sinaloa, will have access to free connectivity via open Wi-Fi hotspots located in public areas.
Hispasat will deliver connectivity to these locations via its Amazonas 5 geostationary satellite, which serves a large part of the Latin American region via its capacity in the Ka band. These services will be supported by GlobalSat, the largest satellite operator in the country, who have experience integrating satellite connectivity with Wi-Fi solutions through their involvement in similar projects with the Mexican government.
“The excellent performance of the capacity in HISPASAT’s Ka band over Mexico will be essential to guarantee quality service like the one these rural areas need,” said Eric Cataño, CEO and Founder of GlobalSat. “With initiatives like this, we hope to keep contributing with towards a universal, quick and efficient rollout of telecommunications in our country.”
GlobalSat themselves specialise in providing connectivity to the government, SMEs and enterprises.
Such a boost to rural connectivity is sorely needed in Mexico, where the digital divide between rural and urban areas is stark; only 50.4% of the rural population use the internet, compared to 78.3% of those in urban areas, according to National Statistics and Geography Institute of Mexico figures from 2020.
Want to keep up to date with the latest developments in the world of telecoms? Subscriber to receive Total Telecom’s daily newsletter here
Also in the news:
Hyperoptic hits the streets as it expands network
2Africa cable makes first landing in Genoa, Italy
SaaS could cut CSPs’ IT spend by 25%, says research
Share

Protecting small business networks with the power of AI