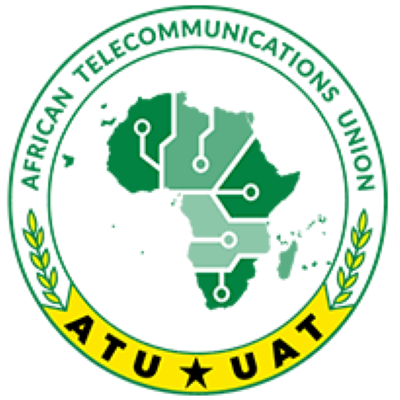 The Chinese vendor has signed a Memorandum of Understanding (MoU) with the African Telecommunications Union (AFU), focussed on digital transformation and training across the continent

A new MoU between Huawei and the ATU will see the vendor giant help provide a variety of skills training for ATU members, as well as supporting local innovation and addressing global and Africa-specific telecoms challenges.
The MoU will also see Huawei work with various ATU members when it comes to research, primarily focussed on supporting “the continent’s digitalisation agenda”.
“Huawei has transformed connectivity and made a major contribution to the continent through its investments in digital infrastructure, ICT skills, environmentally-friendly connectivity solutions, and cutting-edge technologies for rural areas. Huawei is a trusted development partner of Africa. The document we are signing aims at strengthening this partnership,” said secretary-general of the ATU, John Omo. “Africa has a tremendous opportunity to fully grasp the potential from new technologies”.
The ATU currently has around 58 associate members, including a wide variety of African telcos, but also including other major telecoms industry players, such as Ericsson, Cisco, Nokia, SpaceX and the GSMA.
“ATU is playing a critical role in the region supporting member countries with their policies and strategies, sharing best practices, building capacity and driving innovation and we are delighted to be able to support them,” said Samuel Chen, Vice President at Huawei Southern Africa region. “We have connected hundreds of millions of Africans to secure, high-speed broadband and cloud solutions in the last two decades and earned the trust and support of our customers and regulators; we look forward to doing even more”.
Africa remains a crucial market for Huawei, one in which it not only controls a large market share but also one that has proven broadly resistant to the US overtures seeking to ban the vendor. While Huawei’s position in Europe has fragmented, Africa remains a fairly resilient market that will only grow in importance as digitalisation accelerates the continent’s economy.
Huawei’s relationship with Orange, another major player in Africa, is interesting here, showing the duality of the European and African markets.
As European governments have slowly tightened their controls over telecoms infrastructure vendors in recent years, the international operator has gradually moved away from partnering with Huawei in its European markets. Last year, for example, Orange chose Nokia and Ericsson over its long-term partner Huawei for its upcoming 5G network in France. Similarly, in Belgium the operator is planning to progressively replace Huawei equipment, while Huawei’s position in Orange’s Spanish and Polish networks remains somewhat uncomfortable.
“It’s not only the pressure from the government – we are European citizens and share the concern. We can’t ignore the fact that the big Chinese players are close to the Chinese state,” Orange’s CEO Stéphane Richard told Reuters at MWC on Tuesday. “The fact is that in Europe today developing 5G networks with Chinese vendors is more and more difficult – we take this as a reality.”
But in Africa, Orange seemingly has little problem working with Huawei for 5G, with Richard noting their powerful market position and positive working relationship.
“We’re working more and more with Chinese vendors in Africa, not because we like China, but we have an excellent business relationship with Huawei,” he said. “They’ve invested in Africa while the European vendors have been hesitating.”
Want to keep up to date with the latest developments in the world of telecoms? Subscriber to receive Total Telecom’s daily newsletter here
Also in the news:
Telstra sells 49% of tower co for AU$2.8bn
Non-telcos to gain 5G spectrum in South Korea
Rural Scotland to see largest benefits from Shared Rural Network
Share