India and Japan partner to develop 5G, AI, and cybersecurity 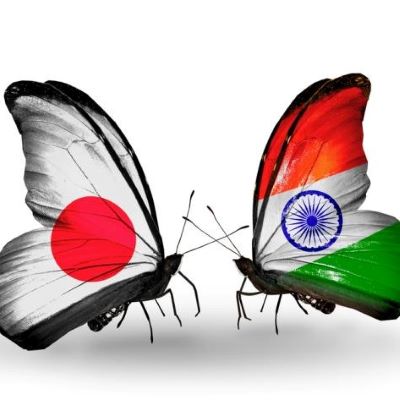 The two countries today finalised an agreement to collaborate on a range of digital technologies, further deepening their ties in the Indo-Pacific region

Today it was announced that Japan has agreed to be the lead partner in the connectivity pillar of the broader project known as the Indo-Pacific Oceans Initiative  (IPOI).
The IPOI was first proposed by Indian PM Narendra Modi last year, with the intent of fostering cooperation within the region to promote a safe, secure and stable maritime domain. This is a maritime region which has great geopolitical importance, with regional fears surrounding Chinese naval expansion, hence the project was initially linked closely to security concerns, as well as disaster prevention and management.
However, the project has since expanded to include other forms of regional collaboration. While recent discussions between Indian External Affairs Minister S Jaishankar and his Japanese counterpart, Toshimitsu Motegi, certainly included topics including maritime security and trade, it also focussed closely on the value of digital technologies within the region. As a result, Japan has agreed to become the lead partner in the connectivity pillar of the IPOI programme.
"Recognising the increasing role being played by digital technologies, the two ministers highlighted the need for robust and resilient digital and cyber systems and in this context, welcomed the finalisation of the text of the cybersecurity agreement," reported the Indian Ministry of External Affairs.
"The agreement promotes cooperation in capacity building, research and development, security and resilience in the areas of Critical Information Infrastructure, 5G, Internet of Things (IoT), Artificial Intelligence (AI), among others," said the report.
This announcement is the latest in a series of tie-ups between the two nations. At the start of September, the two nations became founding members of the Resilient Supply Chain Initiative alongside Australia. This project focusses on restructuring supply chains in the wake of the coronavirus pandemic, especially as US relations with China worsen leading to yet more upheaval; Japan and Australia, of course, were among a handful of nations that enforced a complete ban on Huawei technology at the behest of the US, and India has since implemented a ban in all but name.
Also in the news:
Telia parts with its carrier business for around $1.1bn
Standard eSIM arrives for smartwatches courtesy of Samsung
UK broadband bills set to rise and Openreach’s dominance is to blame, says TalkTalk
Share