Intel plans up to €80bn investment in European chip fabs

The US semiconductor giant is “actively engaged in discussions” with potential European customers, according to CEO Pat Gelsinger

Speaking at Munich’s IAA auto show this week, Intel’s CEO Pat Gelsinger said the company will invest up to €80 billion in European chip fabs over the next decade.

Intel is currently planning to create two new European chip factories, the locations of which are set to be revealed by the end of the year. Where exactly these plants will be situated is a matter of fierce debate, with France and Germany considered the most likely locations. Belgium, Poland, and the Netherlands are also being considered.

“A total project of €80bn euros over the next decade would be a catalyst for the semiconductor industry,” said Gelsinger, who noted that the chip industry was, in turn, “a catalyst for the entire technology industry”.

Back in March, Intel created a new wholesale arm, Intel Foundry Services, announcing that it would soon open its chip factories for outsider use. Now, Gelsinger has confirmed that that the company’s Irish factory will soon begin making semiconductor components for cars.

“Cars are becoming computers with tires. You need us and we need you … The aim is to create a centre of innovation in Europe, for Europe,” said Gelsinger.

This announcement could not come at a more vital time for the European semiconductor industry. The global chip supply crisis has been raging for many months now and the situation has been slow to improve. Automotive players have been hit particularly hard by the shortage, finding their orders pushed to the bottom of the pile in favour of more lucrative deals for more advanced chips. Nonetheless, the shortage has impacted almost every aspect of the broader technology sector, from gaming consoles to smartphones.

But this is not purely an economic issue. Europe’s position within the global a semiconductor industry is a tenuous one, having neither the production capacity of countries like China, nor the advanced chip design technologies of the US. As a result, it finds itself overly reliant on other markets for its semiconductor needs – a situation that the EU would like to see improved as soon as possible.

Now, with Intel considering increasing this investment even further, Europe’s chances of increasing its share in the global market have increased significantly.

“By the end of 2021, Intel will have invested more than ?18.5 billion in its Ireland operations since it began in 1989. Yet over the same period of time, Europe’s global share of semiconductor manufacturing has dropped from 44 to just 9 percent even as semiconductor demand continues to grow,” wrote Gelsinger in piece for Politico published last week.

“Building additional advanced semiconductor factories in the EU and expanding its capacity will make European supply chains more resilient and contribute to the EU’s goal of more than doubling its share of global chip manufacturing, from 9 to 20 percent by 2030. This could also enable Europe to serve global technology markets by turning chips into a valuable export.”

“As we look toward that future, the critical need for more geographically-balanced silicon capacity and a reliable supply chain has never been more evident. We’re doing our part as we plan for new investments that will deepen and strengthen collaboration with Europe’s technology leaders. These plans will help the EU to catalyze its digital ambitions and grow a robust semiconductor ecosystem that can become a strong foundation for decades of technological leadership and prosperity.”

Exactly how this mammoth investment from Intel will change Europe’s position on the global tech stage over the next decade remains to be seen, but it is surely a positive step towards building a more resilient domestic industry. 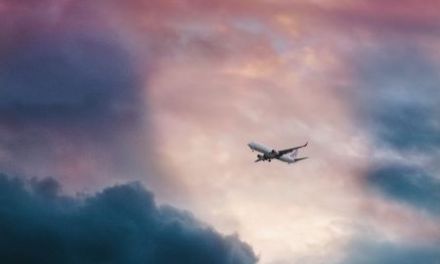 The Connectivity Imperative: More Than Two Thirds of Organisations Would Invest in Dedicated Connectivity for Homeworkers