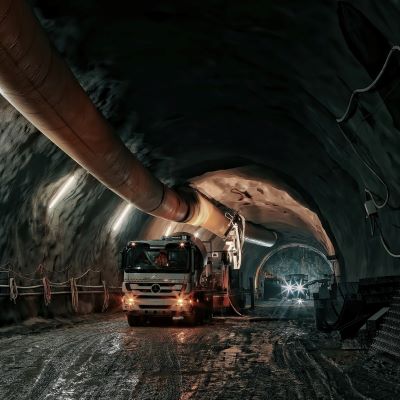 When it comes to wireless technologies, it should come a no surprise that environments like mines have presented major challenges for many years. However, as these technologies improve, we are beginning to see mining operations around the world upgrading their infrastructure, thereby enabling the IoT, industrial automation, and autonomous mining vehicles.

Now, Intracom Telecom has announced that it has deployed its latest FWA and IoT platform at a major mining operation in sub-Saharan Africa.

"We have been serving our customers in Africa for their needs to connect remote location in mines since 2011. We are very pleased to extend our cooperation with one of the biggest African mines so to provide modern communications to ground crews and machine operating personnel, while safeguarding and monitoring the perimeter of the mine," said John Tenidis, Marketing Director of Wireless Network Systems at Intracom Telecom.

Details of the mine and the mining company itself were not revealed.

Intracom are not alone in their growing interest in mining operations. For example, late last year, Ericsson announced a plan with Russian operator MTS to deploy a 5G-ready private network at an iron ore mine in the Republic of Karelia, pledging to improve automation and site safety.

Nokia has also announced a similar deal to supply a private network at a gold mine in Finland.

However, it should be noted that in April Ericsson announced that it is withdrawing from the Russian market as a result of the invasion in Ukraine, so the future of its Russian mining deployment is unclear.