Israel may finally permit Palestine to upgrade to 4G 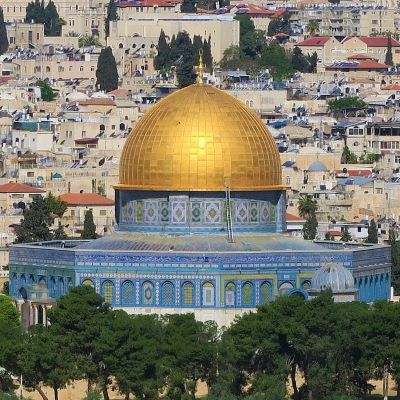 According to sources, a recent private meeting between Palestinian and Israeli authorities could lead to 4G services finally being permitted for operators in the West Bank and Gaza

For many years now, the overt political tensions between Israel and Palestine have led to the repression of Palestinian mobile companies and their networks, leaving Palestinian customers in reliant on 3G, even as Israel itself pushes forward with the deployment of 5G. In fact, operators in the West Bank only received permission to operate 3G services as recently as 2018, while those in Gaza are currently limited to 2G services.

This could all be about to change, however, with anonymous sources telling The Times of Israel that operators in Palestine may soon be permitted to upgrade their networks to 4G.

The news comes following private talks between Israeli and Palestinian authorities, with a senior Israeli official saying “the 4G system will be available for Palestinians as soon as possible”.

“We will soon see a formal agreement signed. Technical teams on the two sides will begin working at the soonest possible opportunity,” said the official.

Palestinian sources seemed less optimistic about this timeline, however, with one source suggesting that technical discussions would not begin until April.

The first step in upgrading to 4G will be gaining access to suitable spectrum, a topic which caused controversy back in 2019 when a proposed spectrum allocation from Israeli authorities was rejected by their Palestinian counterparts for being too meagre. It remains unclear exactly how much spectrum and in which bands will be made available for use by the Palestinian operators.

Following the allocation, Palestinian officials suggest it will take them six months to a year to upgrade and launch 4G services.

Naturally, without 4G services, Palestine has found itself cut off from many of the world’s emerging technologies over the past decade, so this upgrade could represent a significant boost to their economy.

But with Israel rapidly advancing to 5G services, this concession is likely a case of too little too late. In fact, Israel itself has an economic argument for allowing the upgrade; many Palestinians themselves use services from Israeli mobile carriers, since these are faster and cheaper than their Palestinian alternatives.

According to agreements signed by the Palestinian and Israeli authorities, Israeli operators’ mobile coverage should not impinge on Palestinian Authority areas, but the reality is that their coverage often extends far into Palestinian cities. Figures from the World Bank suggest that the Palestinian economy lost up to $1.5 billion between 2013 and 2015 as a result of Palestinian’s preferring Israeli services.

Exactly how long it will take for 4G services to be rolled out at scale in Palestine remains to be seen and while this may appear a positive step, the sad reality is that, even with these upgraded networks, Palestinian mobile services will be lagging a around a decade behind those of Israel and the rest of the world.

Also in the news:
The growing relevance of 6GHz for 5G
Startup Stories: How an award winning startup is making construction safer
Orange furthers convergence strategy with bid for VOO in Belgium

RadiusPoint provides a remarkable ROI of 587% for 2018