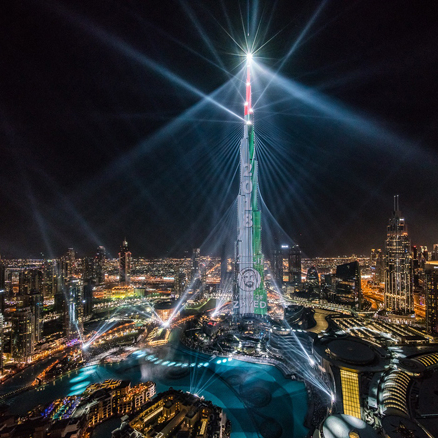 Last month, UAE telecom group Etisalat announced a major rebrand, renaming itself ‘e&’ to reflect its increasing desire to evolve beyond the traditional telco space and target verticals directly through technological innovation and strategic investments. As part of the rebrand, the company restructured several of its divisions, including creating a new investment arm, ‘e& capital’, and separating its consumer and enterprise units, which have become ‘e& life’ and ‘e& enterprise’ respectively.

Now, as if to further emphasise its strategic shift, the operator group has now announced that its first new deal since rebranding will be to deepen its relationship with US technology giant Microsoft.

Under the new, long-term strategic parentship, e& will leverage its 5G network alongside Microsoft’s cloud, AI, edge, and data services to help meet the region’s growing demand for digital services.

According to the operator, the partnership will include generating B2B engagement across large enterprises, governments, and small and medium-sized enterprises, helping them on their own “digital transformation journeys”.

“Our partnership with Microsoft is an example of synergy in action,” said Hatem Dowidar, CEO of e&. “e& is combining one of the world’s fastest 5G networks with Microsoft’s cloud, AI, edge and data services, addressing a regional market hungry for digital transformation. We are confident that this collaboration will continue to support the ever-growing demands of this market and our digital journey of transformation and innovation. This also supports our ambition to become a world-class technology provider that supports regional innovators as they disrupt, make a difference and build the future.”

The partnership will also focus on enhancing consumer experiences through new services, as well as modernising the operator’s networks and expanding their related ecosystem.

The move builds on Microsoft’s existing partnerships with e&, the first of which was signed back in 2019 with the launch of Microsoft data centres in the UAE. In 2020, e& worked with Microsoft to make Microsoft teams available throughout the UAE and later, in 2021, signed an agreement to focus on developing new 5G and edge use cases.

Also in the news: ‘We’re seeing a sharp increase in the awareness of the need for high-speed connections’Japan aiming to establish leadership in 6GStartup Stories: one stop drone shop

Hilary Mine from Nokia elected new President of DIGITALEUROPE