The regulator’s latest research shows that on average the quality of services are going up, while prices are going down, but around two million households still struggle to afford internet access

In December 2020, Ofcom released a report exploring the affordability of fixed broadband and mobile internet services in the UK, showing that 19% of UK households (around 4.7 million homes) struggle to afford these services.

The coronavirus pandemic, naturally, has exacerbated this situation, but the UK telecoms sector has been proactive in introducing new, cheaper options for those struggling financially. However, uptake of these plans has been relatively low and, in its report, Ofcom noted that it would conduct further research and warned it could intervene if the operators did not do yet more to support vulnerable customers. This could include introducing an industry-wide, regulated social tariff if necessary.

Now, Ofcom has released the results of that research, showing that in general consumers around the UK are getting better quality connectivity deals for a cheaper rate than was previously available.

“Average ‘new customer’ prices for superfast broadband and landline bundles last year were nearly 20% cheaper in real terms than in 2015, while the average amount of broadband data used by households increased by 342% over that time, and average download speeds rose by 178%. Similarly, the average cost of mobile services in 2020, based on average use across all mobile users, was over 20% cheaper in real terms than in 2015, while people used 369% more data,” read the report.

However, despite the likes of BT, Community Fibre, Hyperoptic, KCOM, Virgin Media, and VOXI all introducing new or improved low-cost tariffs for people on benefits since Ofcom’s first report, many people still cannot afford connectivity. Uptake for cheaper plans has been low, only 40,000 households across all of the aforementioned plans – a far cry from the 4.7 million homes found to be struggling to pay back in December.

As a result, Ofcom is once again urging the UK providers to do more to support this demographic.

“Many of us take being able to get online and use a mobile phone for granted, but if you’re on a low income or have fallen on hard times, being able to pay for these vital services can be really tough,” said Lindsey Fussell. “We’re concerned that many households on the lowest incomes are struggling to stay on top of their bills and providers need to take action to make sure these customers get the help they need.”

For now, Ofcom has declined to introduce a mandated social tariff across all operators but said there would be a “strong case” for their introduction if the industry does not move quickly to address their concerns.

They also noted that they were considering strengthening protections for customers in debt or struggling to pay, asking the industry to provide comment on the matter.

Many of the UK’s largest connectivity providers, such as Three, TalkTalk, EE, and Sky, have yet to launch targeted low-price packages, so there is still plenty of room for improvement when it comes to availability. However, uptake will likely remain a problem due to numerous factors, including a lack of visibility and advertising, apprehension around changing service providers, and customers waiting for their contracts to expire.

“Since launching our Home Essentials packages at the end of June we’ve been pleased with how strong take up has been. However, we want to encourage more customers who need our help to get in touch,” said a statement from BT.

“We know from recent research that 54% of people are uncomfortable sharing their problems due to embarrassment and fear particularly when it comes to their finances, and we want to help break down those barriers of asking for help with Here For You – a campaign to raise awareness of the all the support we provide customers who need more help – and we encourage similar approaches across the industry.”

Are UK operates doing enough to support the unconnected and shrink the digital divide? Find out what the experts think at this year’s live Connected Britain event 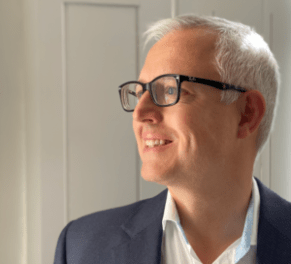