The story of 2,100 MHz spectrum in the UK dates back to 2000, when the spectrum was originally auctioned by Ofcom to help operators roll out 3G services. The auction raised an enormous £22.5 billion, with terms for the licences initially set to last for 20 years.
However, just one year later, the government directed Ofcom to alter these licences, making them last indefinitely from January 2022, subject to an annual licence fee.
Now, this deadline is drawing close, with Ofcom announcing the final licence fees that the operators will be facing, following a consultation that took place earlier in the year.
Under these terms and based on their current spectrum holdings in the 2,100 MHz band, the UK’s four mobile operators would be required to pay £0.561 million per MHz of spectrum, leading to the following annual licence fee dues:
EE: £22,440,000
Virgin Media O2: £11,220,000
Three UK: £16,549,500
Vodafone: £16,605,600
For the most part, the operators seem dissatisfied with this appraisal, arguing that the fees are too high. They also question the validity of Ofcom’s evaluation, suggesting that valuing the spectrum largely based on previous spectrum auctions is misguided and will result in inflated prices.
Ofcom, on the other hand, says their evaluation is consistent with the spectrum’s current market value.
“We consider that setting fees for the paired 2,100 MHz spectrum which reflect the market value (opportunity cost) of the underlying spectrum is consistent with our statutory duties, including our duty to secure the optimal use of the spectrum. It is also in line with our general policy on spectrum pricing as well as the Government Direction,” said statement from Ofcom.
“On unpaired spectrum, further to consultation responses, we plan to consult further in the first half of 2022 on the future use of the band, including on a proposal to revoke the unpaired licences and therefore are not setting a fee in this statement.”
At a time when the UK operators are in the midst of their expensive 5G rollouts, these additional fees are surely unwelcome, although not unexpected. Whether or not their protests will be enough to make Ofcom alter their ruling is another matter entirely.
Are UK operators paying too much for their spectrum? Find out all the latest from Ofcom and the operators at next year’s Connected Britain conference
Also in the news:
1&1 grabs German 5G deal with Vantage Towers
Russia’s MTS buys computer vision specialist VisionLabs
Rostelecom and VEB Ventures partner to deliver Europe-Asia fibre connection
Share

Vodafone: Huawei ban would cost the UK its leadership role and delay 5G deployment by a year 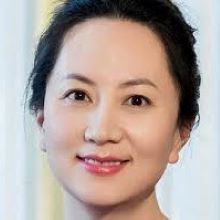