At the end of last month, rumours were circulating that some relief could be on the cards for Huawei, with chipmakers optimistic that they would soon be allocated licenses to continue to supply the Chinese vendor, provided the technology will not be used for 5G.
At the time of these rumours, it was assumed that these stipulations extended only to 5G RAN equipment, meaning that the US was seemingly happy to let Huawei remain as a major smartphone player.
However, it seems that Huawei may have no such luck after all.
On Wednesday, Qualcomm was reported to have been granted a suppliers license by the US. However, it is now rumoured that the US’s stipulations relating to 5G do in fact extend to smartphones after all.
It goes without saying that Huawei are currently one of the largest smartphone makers in the world and a loss of their ability to deliver 5G handsets will be a huge, potentially business-ending, blow.
Earlier this week, Huawei reportedly finalised a deal to sell its budget smartphone company Honor for around £11.5 billion.
Under the weight of US sanctions the Chinese semiconductor industry is in overdrive, rapidly scaling up to become self-sufficient. Huawei itself has plans to build a chip fab in Shanghai. However, their ability to produce top-end chips will remain limited for the next few years at least – indeed, the world’s biggest semiconductor company, Taiwan Semiconductor Manufacturing Company, has also received a licence to supply Huawei, but not advanced technology like 7nm and 5nm processes.
Huawei’s smartphone future could soon be in dire straits.
Elsewhere in China, US sanctions continue to bite. A recent executive order signed by President Donald Trump will forbid US companies from investing in Chinese firms that are owned or controlled by the Chinese military, sending the shares of companies such as China Telecom and China Mobile plummeting.
Also in the news:
Today’s headlines from The 5G Daily
Latest US sanctions on China shake China Mobile, China Telecom
Rakuten Mobile accelerating rollout after lacklustre subscriber growth
Today’s headlines from The 5G Daily
Share 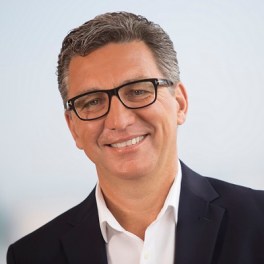 Telecom Argentina gets new CEO ahead of merger