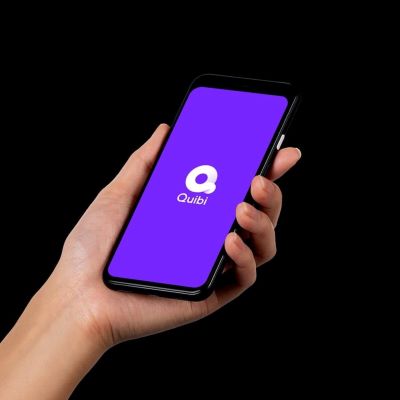 Despite financial backing to the tune of $1.75 billion, short-form streaming service Quibi is closing down having failed to conjure up subscribers

In what is being described by some as the first big failure of the streaming era, Quibi announced yesterday that it is closing down.
The streaming service, which focussed on delivering short-form quick bites (or ‘Quibis’) in under 10 minutes, was the brain child of Disney’s chairman Jeffrey Katzenberg, who managed to raise a staggering $1.75 billion in funding since its conception in 2018. Launched back in April this year, the service had over 175 shows and films planned for its first year, many of which were replete with star-studded casts and directors.
However, now, just six months after launch, the Quibi has called it quits amidst a declining customer base – of the 910,000 users who signed up for a three-month free trial, only 72,000 continued after the trial expired – as well as rising debts, and even legal problems regarding patents. In the run up to decision the company had worked with a restructuring firm in an effort to sell the business to the likes of Apple and Facebook, but to no avail.
“The world has changed dramatically since Quibi launched and our standalone business model is no longer viable,” said Katzenberg. “I am deeply grateful to our employees, investors, talent, studio partners and advertisers for their partnership in bringing Quibi to millions of mobile devices.”
So where did this all go wrong?
With the success of short media formats like TikTok, you could be forgiven for thinking that there was currently a meteoric demand for short-form content. However, this seemingly ignores the fact that more successful streaming services like Netflix see huge consumption of longer shows day after day. If the average attention span is indeed shortening in this era of such readily available content, we have nonetheless proved time and time again that we are more than happy to binge multiple episodes of entertainment shows that run for 20-minutes or longer. The short format alone would not be a winning formula.
A related issues appears how consumers were expected to view Quibi. Primarily only available for streaming on mobile devices (they launched their TV app just days ago), this meant that potential views had no way of enjoying the content on larger screens at home. While Netflix has certainly been expanding its mobile services – it is recently trailing a mobile only subscription in Africa, for example – it is fair to say that most people prefer watching content on screens larger than their mobiles when possible.
As alluded to in the previous quote, Katzenberg blames the platforms failure as entirely due to the pandemic, telling the New York Times: “I attribute everything that has gone wrong to coronavirus. Everything.” While Netflix and other streaming services have managed to cash in on customers staying home for longer during the pandemic, Quibi, which was seemingly targeted customers that were on the move, quickly lost much of its appeal.
What lessons will be learned from Quibi’s extraordinary failure remain to be seen, but with the coronavirus still very much present around the world, this appears to be yet another blow for the strained entertainment industry at large.
Also in the news:
Italian fibre: FTTH growing but not fast enough
Telcos: Harnessing innovation or being surpassed by it
Total Telecom Congress 2020 – Speaker Spotlight
Share

Amer Networks partners with Tanaza to deliver a smart alternative for cloud-based networking.