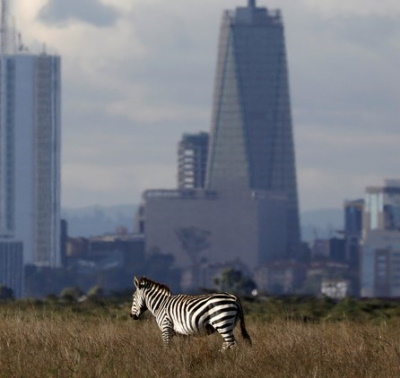 Kenyan operator Safaricom has embarked on an organisational restructure programme that will see existing employees have to reapply for their jobs.

Under the new organisation, which aims to turn the telco into a world class tech company, the business is intended to become more agile through the breakdown of the hierarchical structure and the formation of smaller teams.

This process will see various job roles eliminated as departments are broken down into ‘tribes’ of 60–100 employees, which are further subdivided into smaller ‘squads’ of 8–10 workers. The squads will report to the heads of the tribes, who will then, in turn, report to the executive committee.

So far, four tribes have been named: Digital Care, Mobile Data, Fixed Data, and Payments. Some departments, such as marketing, will be split across various tribes.

Discussing the decision, CEO Peter Ndegwa said that inspiration was derived from the likes of giants such as Netflix and Amazon.

“Agile started in the technology industry on recognition that the traditional way of operating and developing software was outdated,” he said. “When an organisation grows, it becomes more internal. This leaves only a small group to deal with customers on the front-line. But agile almost reverses that such that everyone’s job is to deliver an outcome that improves what we promise customers. When you go through change, the most important thing is the ‘why’. Safaricom has been a success. We have been good at combining innovation and technology to transform lives.”

He noted that the company was performing well financially and that the move was not designed as a way to cut costs. In fact, he promised that at the end of the process the company will in fact have hired more staff, primarily from a tech and digital skills background.

Despite these explanations, the move will likely come as a shock to Safaricom’s 6,000 staff.

A letter from the Central Organisation of Trade Unions (COTU) was damning of the decision, calling it ‘insensitive’ and ‘inhuman’.

“It’s insensitive and inhuman, for Mr. Ndegwa, to bring about drastic changes at Safaricom PLC while infringing on the rights of workers who have built Safaricom to what it is today where it enjoys more than 30 million subscribers. It is also shocking that even though Mr. Ndegwa is the first Kenyan Safaricom CEO, he remains the most dangerous CEO the company has ever had when it comes to protecting workers’ rights,” read the letter from COTU’s Secretary General Francis Atwoli.

In related news, Safaricom are leading a consortium that intends to be one of two new telco entrants to the Ethiopian market, alongside South African giant MTN. The Ethiopian regulator is currently assessing the bid and is expected to announce a decision in the coming weeks.

Also in the news:
All aboard? Network Rail seeks £1bn fibre co-investment
Capitalising on the future today with Huawei competitive Target Network 2025 for carriers
EU to talk chip sovereignty with Intel and TSMC

TeleGeography Report Reveals the Global WAN Market was Worth $75.9 Billion in 2020