According to a new report from ABI Research, the boom will be driven by investment in virtual network functions (VNF), Management and Network Orchestration (MANO), and cloud-native functions (CNF)

A new whitepaper from ABI Research has shown that the global telco cloud market is set to increase explode over the next five years. Currently, the global market value sits at around $8.7 billion, an amount that is set to more than triple by 2025, reaching $29.3 billion.
The five-year CAGR for global revenue is 27%.
According to their modelling, the global telco cloud market will be split relatively evenly around the globe, worth $10 billion in the North America, $9 billion in the Asia-Pacific region, and $8.2 billion in Europe.
ABI Research attributes this rapid growth primarily to cloud infrastructure-related investment in areas including VNFs, MANO, and CNFs.
According to the report, the new “cloudified” environments that are becoming increasingly common in the telco space are leading to a significant shift in the value chain; with a telco cloud deployment, the operators can more easily adopt a multi-vendor approach, which brings with it the benefits of customisability and avoids the problems associated with being ‘locked-in’ to a single vendor.
But an increasing number of players in the telco’s network ecosystem also means added complexity, which in turn will require improved coordination.
“While this approach seems to provide some benefits, such as avoiding single-vendor lock in, it also requires substantial coordination of effort, not only through robust MANO, but also between stakeholders during certain key phases of the telco cloud deployment, such as the design and planning phase,” said ABI Research’s 5G core and edge networks research analyst Kangrui Ling.
How exactly telcos will manage this process will be paramount to their overall profitability.
The whitepaper also drew attention to the growing value of 5G network slicing, which is expected to be worth around $8.9 billion by 2026, offering telcos the option of providing enterprise customers with their own slice of their 5G core.
As this report makes very clear, the 5G opportunities for telcos are considerable, but they must be wary of the role of hyperscalers in this ecosystem. The likes of Microsoft, Amazon, and Google all have their own telco-specific solutions, especially targeted towards edge computing. Whether the telcos themselves choose to work together with these cloud platforms or create their own will be a difficult and crucial decision in the coming years.
"Though moderate in the next 5 years, new value creation abounds, but the jury is still out who captures what parts of the bigger emerging 5G edge and network slicing ecosystem," said ABI Senior Analyst Don Alusha.
Also in the news:
Today’s headlines from The 5G Daily
UK operators called upon to inject broadband into Covid vaccination sites
No relief for ZTE as FCC rejects appeal to remove national security threat designation
Share 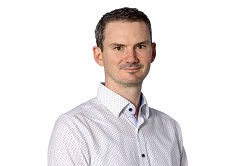 5G private networks worth £6.3bn to UK manufacturing by 2030 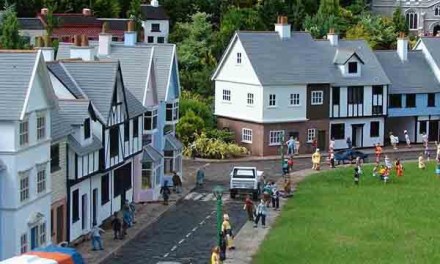