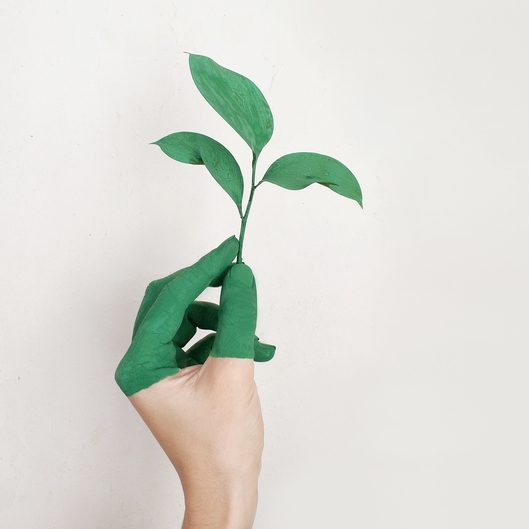 Going green has been an increasing priority for telcos in markets around the world for many years now, but 2020 has seen a marked acceleration in green energy projects. Numerous operators have slashed their carbon neutral targets significantly; Vodafone, for example, has said that its entire European network will be powered entirely by renewable energy no later than July 2021, while Telefonica took 20 years off its previous emissions target, aiming for zero greenhouse gas emissions by 2030.
Now, research from Omdia shows that this increased focus on green energy is industry wide, with all 15 telco groups tracked on their ESG Index announcing green energy measures between 2019 and November 2020.
Of the 192 announcements made by these companies, over one quarter were dedicated to green energy, more than any other topic tracked. Digital Inclusion and Social Welfare vied for second place, combined accounting for just over 15% of all announcements. Other topics tracked included (in descending order of prominence) Recycling, Digital Learning, Conservation, Diversity, Disaster Relief, Green Bond, Digital Ethics, and Health. 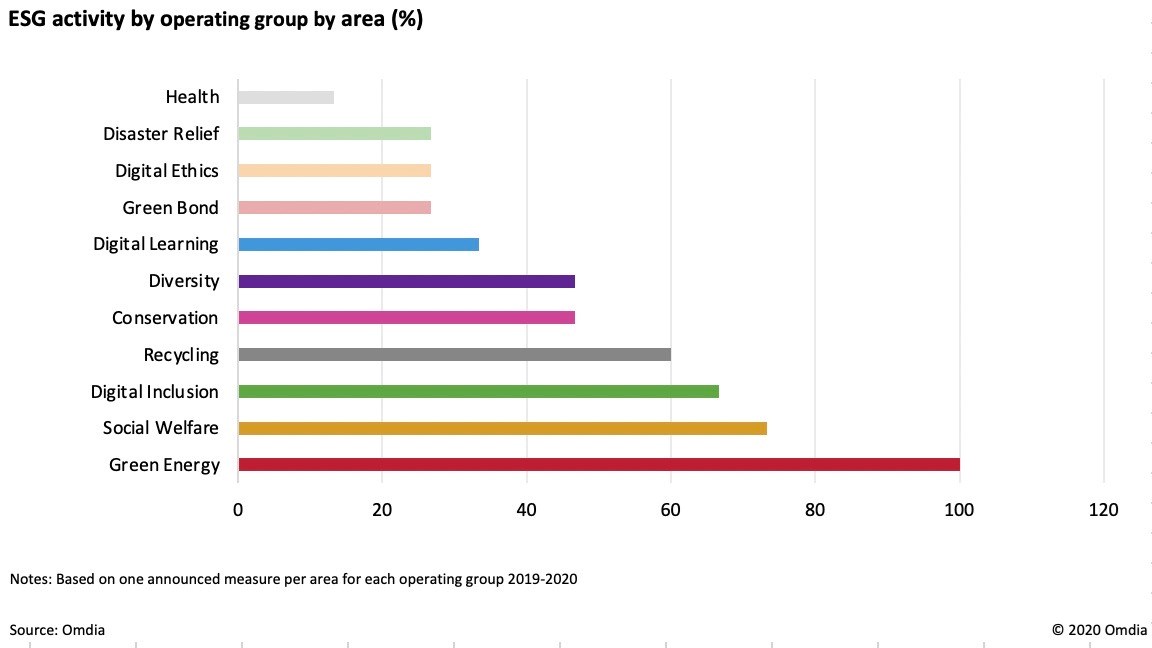 A concerning revelation from the Index was that for the telcos, who control huge amounts of public data, Digital Ethics accounted for less than 5% of total announcements during this period; 11 of the 15 operators tracked did not make any announcements on the topic at all.
Nonetheless, this enhanced focus on green energy must be applauded. There is, of course, much more work still to be done this decade if the telecoms industry is to make a significant impact when it comes to slowing climate change, but it seems as though the industry at large has got the message.
Perhaps more importantly, this drive to go green is not only a social imperative, but a business necessity. Energy consumption forms a large portion of the expense of running a network, with energy efficient technologies easily paying for themselves in the long run. As the public data demand climbs to new heights, telcos energy requirements will be rising too. If telcos are to make the largest savings possible, they need to invest in green energy sooner rather than later.
Also in the news:
Orange acquires Anytime to double down on fintech
How long before airborne base stations become a reality?
Huawei continues to battle Sweden over 5G exclusion
Share