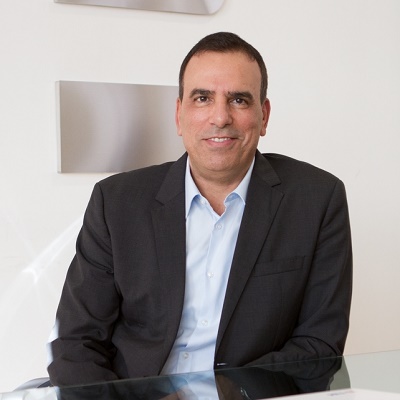 At a presentation at the incumbent’s Open Lab in Turin, Genish highlighted the importance of high-speed networks to underpin what he calls the "third wave" of the Internet, which will see the rise of services powered by artificial intelligence, virtual/augmented reality, and robotics.

"This, combined with one trillion sensors by 2025 will enable seamless interactions between people, objects and the environment. Such development will trigger a significant digital transformation in every sector and everyone’s life," Genish said, in an edited transcript of the speech emailed to Total Telecom.

To enable this digital transformation, "Giga networks are needed that, beyond bandwidth and coverage, offer adequate speeds for real-time applications, high reliability and security to allow the quality of experience needed in a digital world," he said.

Genish was at pains to point out that this is where TIM comes in, emphasising its €4 billion investment in innovation, and its Turin R&D lab, which employs 1,000 staff working with hundreds of partners.

"We want to make sure TIM is among the European leaders of the third wave of the Internet revolution, with Italy being in the winning part of Europe," he said.

Giacomelli, whose full title is undersecretary for Italy’s Ministry of Economic Development with responsibility for telecommunications, said the government relies on collaboration with private operators to "win a big challenge" that requires long-term vision for both services and infrastructure, adding that he has "had the chance to appreciate the effort and quality of the projects presented by TIM."

With that in mind, the government is striving to make Italy a frontrunner in 5G, he said.

"Italy above all aims to be a hub that creates digital services through our many talents and exports them throughout the world," Giacomelli explained. "We cannot simply be a market traversed by the technologies and projects of other countries."

BridgeVoice Pluto, a Bankai Group Company, Selects Telesmart.io to Simplify and Accelerate the Delivery of Global Numbers to its Customers