US telco-media mega-merger: it snow joke

Bad weather on the eastern seaboard delayed the start of the antitrust trial over the proposed AT&T-Time Warner merger, but as opening arguments eventually got underway this week one thing became immediately clear: to those involved and their major rivals, this is an incredibly serious business.

The past 17 months since AT&T announced it had agreed to pay $85.4 billion for content giant Time Warner have seen the U.S. divide into two camps. On one side there are those that insist the merger will damage competition and lead to higher prices for consumers, since it brings together Time Warner’s significant content assets with AT&T’s distribution prowess, potentially leaving rival platforms out in the cold. However, others – AT&T included – argue that the rules of competition have changed with the growing strength of a handful of major Internet companies that have the content, the reach, and increasingly the infrastructure, to make life difficult for the traditional players.

There is a third element at play in the Trump administration, which many believed has singled out Time Warner for punishment due to the president’s conflict with its CNN news channel. But since we have already established that the merger is not a joking matter, we’ll leave that there…

The Department of Justice (DoJ), which brought the case against AT&T-Time Warner in November, insists it has no political motivation and that it is challenging the deal purely on antitrust grounds.

Indeed, there are a number of competing companies out there with a lot to lose if the deal gets the go-ahead, and one of them took the stand this week to voice its objections.

Suzanne Fenwick, VP of content acquisition at U.S. cable operator Cox Communications, on Thursday told the district court in Washington DC that her company risks shedding customers if securing content from the new, vertically integrated entity becomes problematic. According to a Bloomberg report, she was tackled on this point by AT&T’s counsel Daniel Petrocelli, who insisted that AT&T would lose out on subscriber and advertising revenue if it took such an approach.

Indeed, in his opening statement in court, Petrocelli noted that it would make no economic sense for AT&T to seek to freeze out its rivals. "It would be financially ruinous if Turner were not as widely distributed as possible," he said, according to the New York Times. Time Warner’s Turner division manages major assets, including CNN.

The telco has made its position clear from the outset: it believes it needs Time Warner to stand a chance of competing effectively in future.

"Far from lessening competition, the vertical combination of these assets is necessary to allow the combined company to keep pace in an environment where cable is the incumbent market leader and viewer preferences are rapidly tilting towards the direct-to-consumer platforms of Netflix, Google, Amazon Prime, Facebook, Apple, Hulu, and others," AT&T said in a court filing in November.

For those Internet platforms it is about more than just facing up to a bigger competitor. Despite their own infrastructure investments, they still need the AT&T network, and those of its rivals, to reach consumers and as such the prospect of an AT&T-Time Warner combo, plus the repeal of net neutrality laws in the U.S., could make life much more difficult.

It might not have cause to impede rival platforms’ access to Time Warner content, but AT&T would have the means and the motive to prioritise it over that of the Internet companies.

For now, the outcome of the trial is anyone’s guess. District Court judge Richard Leon, who is presiding over the case, also oversaw the combination of Comcast with NBCUniversal in 2011, which could be viewed as some sort of precedent, given the vertical integration issue there.

However, the DoJ approved that deal, and furthermore comments made by Leon earlier this week about the lack of precedent suggest he will not draw heavily on that experience. As CNN noted, the last time the DoJ sought to block a vertical merger was more than 40 years ago, a case that it lost, incidentally.

We can be relatively confident that there will be no quick outcome here.

Leon estimates the trial will last six to eight weeks, according to Reuters, but whatever the result, that will unlikely be the end.

A lengthy appeals process could see the AT&T-Time Warner merger making headlines until long after the snow has melted. 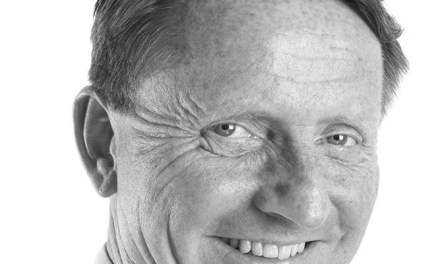