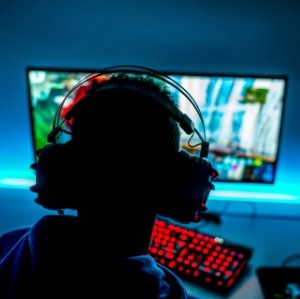 On Monday the operator gave its first ever keynote address at the year’s largest gaming expo, E3, unveiling new partnerships, as well as 5G and mobile edge computing (MEC) developments

Gaming has been a sector of growing interest for the telecoms industry for a number of years now, but with the advent of 5G that impetus has grown considerably.

On Monday, Verizon gave a keynote address at this year’s E3 conference, one of the world’s leading gaming events, in which it demonstrated the impact that 5G could have on the gaming ecosystem. Alongside MEC, 5G is enabling customers to play AAA-games on the move, streaming them directly to their connected device.

“A powerful network is the foundation of the future of the gaming industry, and that network is Verizon 5G Ultra Wideband,” said Diego Scotti, Chief Marketing Officer at Verizon. “As we continue to work with our partners to build the future of the industry, we’re literally changing the game. 5G has massive implications for developers, esports teams and fans.”

The company noted the enormous impact that the pandemic had on the gaming sector, leading to rapid growth and a wealth of opportunities.

“This past year changed everything, including gaming,” said Scotti in the keynote address. “We estimate that five out six people in the U.S. have played a game at some point in the past six months. This growth has propelled the gaming industry towards massive new creative opportunities and cutting-edge ideas. Gamers know, better than anyone, that cutting-edge ideas demand new technologies that can keep up.”

As a result, Verizon said it was deepening its existing partnerships with EA, Riot Games, Dignitas, and Team Liquid, working alongside the developers and esports organisations to create the most connected gaming experience. These partnerships cover a variety of initiatives, from using Verizon’s 5G labs to test and optimise mobile gameplay to creating high fidelity non-fungible token (NFT) holograms of Dignitas’s Womens’ FPS team.

Beyond simply technological partnerships, Verizon also outlined its commitment to improving diversity in the gaming sphere, providing a $1 million scholarship for 25 female students at Historically Black Colleges and Universities (HBCUs). In tandem, Verizon plans to expand its VCT Game Changers initiative in partnership with Riot, seeking to provide training and mentoring to the next generation of female esports casters.

“As that ecosystem grows, a commitment to diversity, specifically around female representation, is crucial to continued innovation. The Verizon Game Forward Scholarship is an important action towards achieving the equity the industry needs,” said Scotti.

Connectivity is becoming more and more ubiquitous in every aspect of our lives, with gaming representing a natural partner for telcos as they seek to diversify their service offerings. Taking an early lead in this market will be extremely valuable and Verizon’s role in E3 clearly demonstrates the extent of their new focus in this rapidly expanding ecosystem.

Also in the news:
China’s semiconductor revolution: From crisis to self-sufficiency
The ‘incredible resilience’ of the smartphone market
KT cruises with 5G-powered autonomous ship