Verizon to acquire biggest US MVNO, Tracfone, for $6 billion

The deal will see Verizon take ownership of Tracfone’s roughly 21 million subscribers, as well as over 90,000 retail locations

Tracfone, owned by Mexico’s América Móvil, operates the Net10 and Straight Talk brands in the US, as well as its own eponymous brand. Altogether, the company reportedly has around 21 million subscribers, around 13 million of which already receive services by piggybacking on Verizon’s network as part of a wholesale agreement.

The deal to acquire Tracfone, worth around $6 billion, will see Version expand its customer base, particularly in the value segment, and conforms to their stated goal of growth via a network-as-a-service strategy.

“Since its launch, Tracfone has developed strong consumer brands and has established itself as a clear leader in the value mobile segment,” said Ronan Dunne, Executive Vice President and Group CEO, Verizon Consumer Group. “This transaction firmly establishes Verizon, through the Tracfone brands, as the provider of choice in the value segment, which complements our clear leadership in the premium segment.”

Verizon said it would continue to support the value segment as Trafone had done, by continuing the latter’s Lifeline service which provides qualifying customers with a free mobile phone and voice minutes, as well as continuing StraightTalk’s pre-paid no contract services.

Significant synergies are expected as a result of the acquisition, with Verizon predicting gradual growth but not an increase Capex this year.

As always, this deal is subject to regulatory approval, but is expected to close in the latter half of next year.

Announcing the winners of the Carriers World Awards 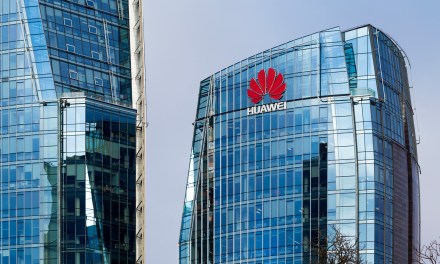