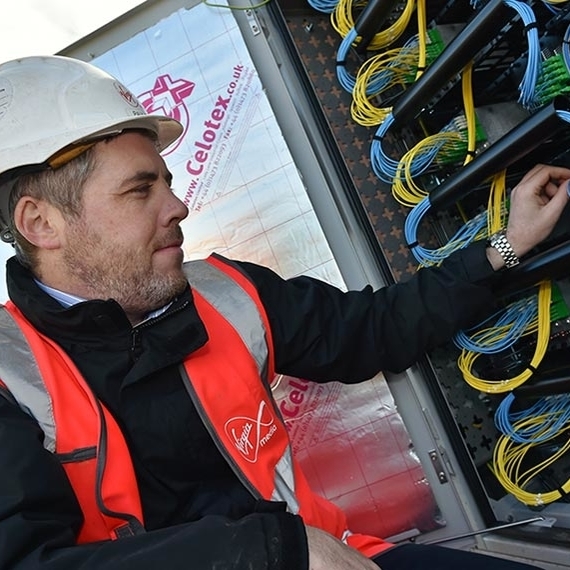 The operator has activated its latest network upgrade, bringing 3 million people access to gigabit speeds in London and Northern Ireland

Virgin Media has recently announced that it has switched on its latest DOCSIS 3.1 network upgrade, allowing three million more premises to receive gigabit broadband speeds in London and Northern Ireland.
The upgrade brings Virgin Media’s total upgraded premises to 6.8 million, having began to upgrade last September. The operator says its network covers around 15 million premises and expects the rest of the buildings to be similarly upgraded before the end of next year.
“Our ambitious target will see us roll-out gigabit speeds across our entire network of more than 15 million homes by the end of next year. We’re on track to deliver that promise with homes in London and Northern Ireland the latest to gain access to blisteringly-fast Gig1 services,” said CEO Lutz Schüler. “As our rollout continues at a speed and scale unmatched by anyone else, whatever the future holds, we’re keeping our customers and the country connected to what’s next.”
The announcement comes alongside the publication of a new report from the operator which predicts that gigabit broadband could equate to a boost of more than £11 billion a year to the UK economy as a result of saved working hours. This report is particularly poignant now, at the start of a new national lockdown, when many of us will find ourselves working from home for at least the next month. The report suggests that around 80% of home workers lose work time due to slow broadband, averaging around 11 minutes per day. This equates to around four full working days lost  since the start of the UK lockdown in March.
The first lockdown period quickly demonstrated just how vital connectivity is to maintaining our way of life. Now, heading into lockdown once again, businesses will be forced to think even more deeply about the nature of working from home. If working from home is to continue at scale for the foreseeable future, many will have to consider upgrading their employees home broadband to or face a loss in productivity.
For now, Virgin Media is staking a strong claim to being the largest gigabit network in the UK, though Openreach have significant plans to expand their own capabilities.
Also in the news:
What are UK operators doing to support their customers during the COVID-19 pandemic?
T-Mobile inherits $200m FCC fine due to Sprint misconduct
SoftBank and KDDI have $38bn 5G investment plan
Share

Eir’s 5G now covers more than half the Irish population

Nexign and Kcell Announce the Start of the Billing Platform Implementation