With these latest construction contracts, worth AU$100 million, Vocus is funding the creation of a 1,000km cable linking the existing Australia Singapore Cable (ASC) to the North West Cable System (NWCS) in Port Hedland. In doing so, Vocus is creating the DJSC, providing Darwin with its first international submarine cable connection.

ASC currently spans 4,600km, linking Perth on the west coast of Australia to Singapore. The NWCA, meanwhile, runs 2,100km west from Darwin along the north-western coast of Australia before landing at Port Hedland. It will be from here that Vocus’s new link will connect to the ASC.

The cable is expected to be ready for service by mid-2023.

“The Darwin-Jakarta-Singapore Cable is a massive sign of confidence in the Top End as an international provider for connectivity and digital industries,” said the Northern Territory’s Territory Chief Minister Michael Gunner. “This further cements Darwin as Northern Australia’s most advanced digital economy, and will open the door to new opportunities for advanced manufacturing, data-centres and cloud-based computing services for Territorians and investors.” 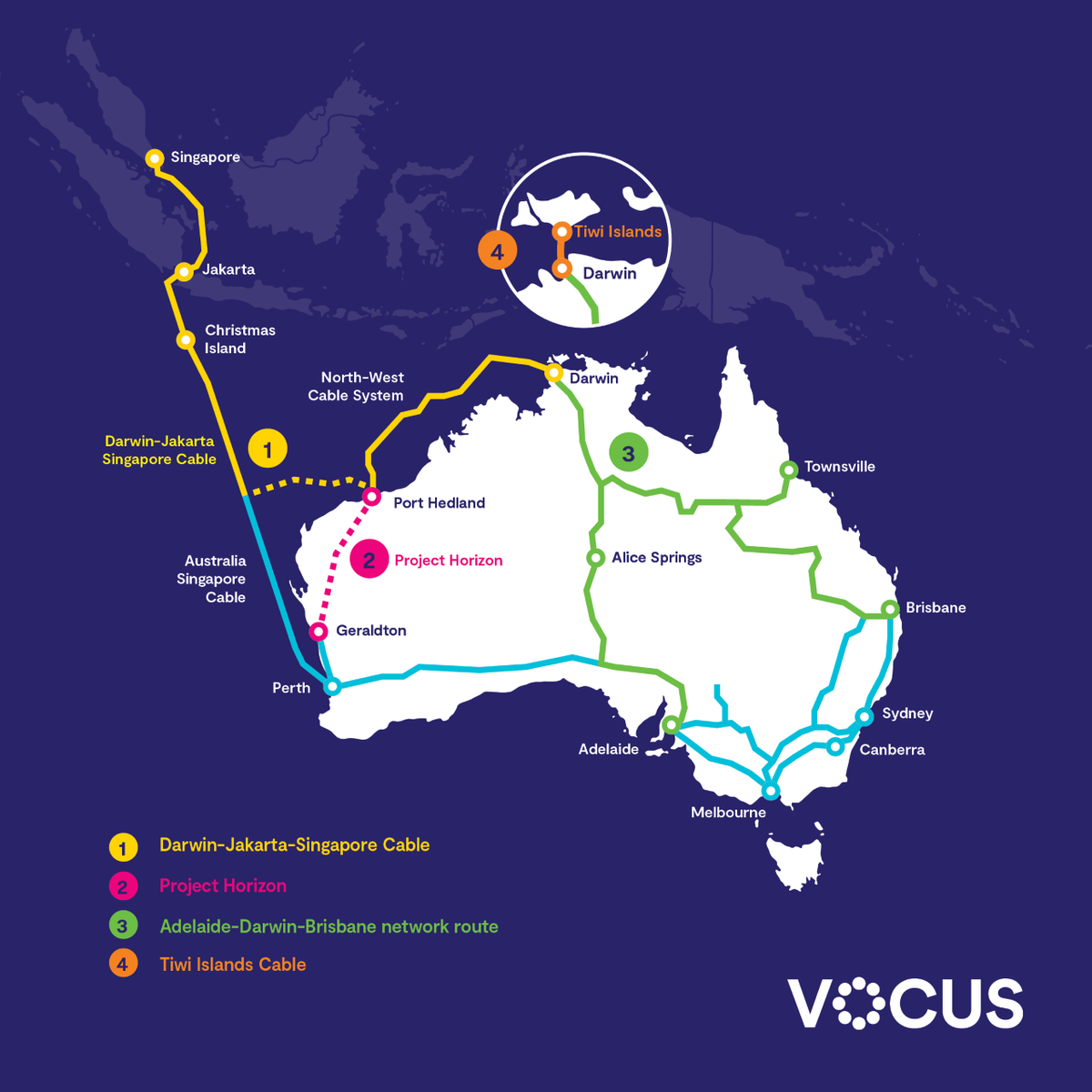 But it is not only in the submarine cable space that Vocus is working to improve connectivity for the Northern Territory, noting that it has also recently completed the ‘Terabit Territory’ project alongside the region’s federal government, deploying 200Gbps tech on its local fibre network.

The network routes from Adelaide to Darwin to Brisbane received the upgrade to 200Gpbs, with Vocus noting that this will be upgraded again to 400Gbps when the technology becomes commercially available.

Vocus itself was officially acquired by Macquarie Infrastructure and Real Assets (MIRA) and superannuation fund Aware Super for AU$3.5 billion Back in June.

Want to know about all of the latest trends and developments in the submarine cable industry? Join industry specialists from around the world at this year’s live Submarine Networks EMEA conference

Also in the news:
Telstra offers employees A$200 to get fully vaccinated
Subsea cables and data centres: An evolution in interconnection
Qualcomm launches 5G drone platform