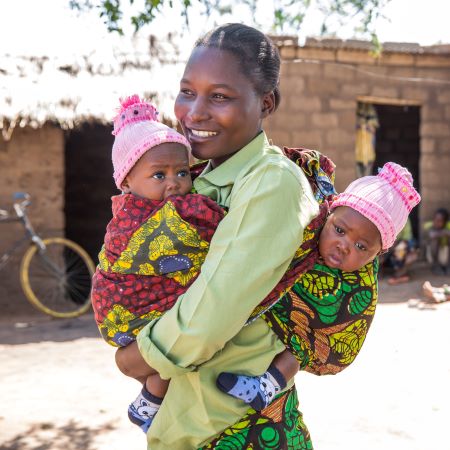 Vodacom’s m-mama mobile service, developed by the Vodacom Tanzania Foundation and the Vodafone Foundation, is set to be scaled up to cover over half of Tanzania using a $10 million investment over the next six years.

The m-mama programme aims to help pregnant women received vital medical assistance as quickly as possible, especially in rural areas where ambulances are rarely available. To do this, the m-mama app creates a network of local taxi drivers, each ready to transport a pregnant woman to the nearest medical facility during an emergency. When needed, the patient makes a free call to a 24/7 dispatch centre, which then uses the app to alert the nearest driver and direct them to the patient’s location.

Upon delivery to the medical centre, the driver is paid immediately for the journey via Vodacom’s mobile money transfer system, M-Pesa.

Piloted in six regions by Vodacom alongside the Tanzanian government since 2013, m-mama has been proving its effectiveness for over almost a decade; between 2013 and 2022, the programme reached 10,455 women and 2,200 new-borns, with over 200 drivers registered and trained as community taxis. In the Shinyanga region, m-mama has contributed to a reduction 38% in maternal deaths and 45% in perinatal deaths.

Now, with a pledge of an additional $10 million in fresh investment from the Vodacom Tanzania Foundation and the Vodafone Foundation over the next six years, the m-mama programme is set to be expanded to roughly half of Tanzania.

“Too many pregnant women, women in childbirth and new-borns die each year form largely preventable causes,” said Vodacom Tanzania’s Managing Director, Sitholizwe Mdlalose. “For nine years, we have been working with the Government to develop a practical, sustainable and scalable solution to reduce maternal and new-born deaths in the country. We have built a system that strengthens health care delivery and connects the community and lower-level health facilities to responsive emergency transport.”

Starting from 2022, the programme expects to transport over 300,000 women, certify over 1,400 community drivers, and ultimately save more than 9,000 lives. If the programme proves successful, it is hoped that m-mama will be introduced to neighbouring African countries.

Tanzania’s president Samia Suluhu Hassan, who was present at the app’s wider launch in the capital Dodoma, said m-mama would “definitely save the lives of rural maternal mothers and newborn children”.

"For effective and efficiency service delivery, we must embrace digital technology and such innovations are what we should advocate for under the Public, Private Partnership,” said Suluhu, who noted that a new law would be drafted to ensure that user data would be protected.

In the longer term, it is hoped that m-mama will be integrated it into the national healthcare system by 2027.

While maternal mortality in Tanzania – and indeed all of Sub-Saharan Africa – has been improving in the past decade, it still remains an enormous challenge for national healthcare systems. In 2017, Tanzania’s maternal mortality rate was recorded as 524 per 100,000 live births, roughly 1 in every 200 cases. By contrast, in more developed countries like the UK and Germany, this rate was just 7 per 100,000.