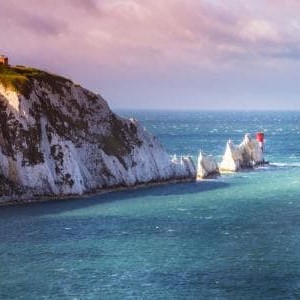 The fibre broadband provider has already reached half of its 30,000 target for 2020

WightFibre is making significant progress on its Gigabit Island Project, which was launched in 2017 with the goal of reaching 50,000 homes.

Its latest announcement on Wednesday suggests that the company has already reached 15,000 homes, with goals of hitting 30,000 by the end of the year. By 2021, the original deadline for the Project, WightFibre is hoping to have reached a total of 55,000 homes.

Given the company’s impressive pace, it seems likely that they will be able to go further still in coming years; with the island only having a little over 70,000 homes, complete island coverage could be on the horizon.

“This is a significant milestone in our project and demonstrates the project is well underway and on track to deliver full-fibre broadband across the whole island,” said WightFibre CEO John Irvine.

WightFibre is currently investing £35 million to deploy its gigabit-capable fibre to the island, delivering speeds of up to 900Mb.

Fibre coverage in the UK is low by comparison to its European neighbours, at barely over 8%, however the government is investing heavily in ensure that modern connectivity extends to the most difficult-to-reach parts of the country. £5 billion was set aside in the last budget to support the deployment of fibre in these areas, which include the Isle of Wight.

“We need to start levelling up the Island and the Government’s full-fibre broadband programme will help deliver this ultrafast broadband to all Island properties over the next few years,” commented local MP Bob Seely.

How are alternative network operators like WightFibre changing the dynamic of UK connectivity? Find out at this year’s Connected Britain

Also in the news:
BT offloads LatAm operations to CIH Technology
Telefonica rallies a posse of Open RAN vendors to take on 5G
Free high-speed internet hubs to be deployed ahead of Ireland’s National Broadband Plan