5G at the heart of an augmented world 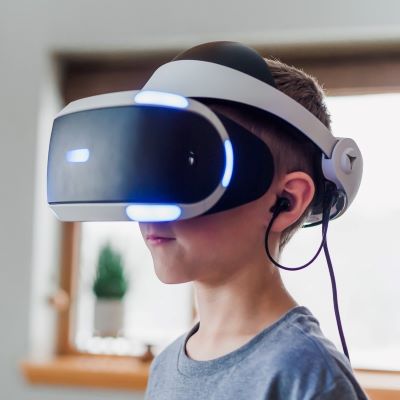 At Huawei’s latest Better World Summit, speakers discussed the ways in which 5G is unlocking augmented reality (AR) for both enterprises and consumers

For many of us today, the concept of AR still seems like something from science fiction. Even with the enormous visibility and success of early AR apps like Pokemon Go, which raised around $6 billion in revenue, the idea of seeing and interacting with virtual objects overlaid onto the real world still seems abstract and futuristic.

But in reality, this AR future is already here, especially in the enterprise sector, with solutions ranging from remote learning tools to digital twins for industrial manufacturing. The scope of AR is increasing at an incredible pace, with research by Artillery Intelligence last September estimating that there were 598 million active AR active devices at the end of 2020 and projected this total to increase to 1.73 billion by 2024.

With such enormous growth predicted in the next few years, AR represents an enormous opportunity for numerous players throughout the value chain, from device makers and network operators to content providers.

However, as is so often the case with emerging technologies, these players will need to act quickly if they are to nurture and capitalise on market growth and not be usurped by enterprising third parties.

Choosing the correct path to monetisation is a challenge, but it must start with understanding AR’s fundamental enabler: 5G. It was this relationship that was at the heart of Huawei’s latest Better World Summit (BWS).

5G networks are being rolled out throughout the world, bringing with them high bandwidth and ultra-low latencies that were simply not achievable on a 4G LTE network. These capabilities, alongside edge computing, will be crucial for AR use cases, allowing everything from augmented live television experiences to engineers enjoying real-time interaction with remote colleagues in a virtual environment.

The variety of potential applications is huge – so much so that Huawei believes it could in fact represent one of the first ‘killer apps’ that drives widespread 5G adoption, something we are already seeing in advanced 5G markets like South Korea.

“The innovation of technology is the driving force for the evolution of humanity. During the 4G era we have seen an emergence of many new services that have introduced new conveniences to our lives,” said Eric Zhao, Vice President of CNBG Marketing, at Huawei. “We believe, and have actually observed, that the development of 5G is now introducing another wave of innovations of applications and technologies. This is to say we have a belief that AR and VR will be one of the first apps to optimise the use of 5G. Since telcos in South Korea have already achieved great success in this aspect, their success can be learned by all telcos around the world.”

The enterprise opportunity booming in China and beyond

From media to manufacturing, it is undeniable that the largest opportunity for AR currently lies in the enterprise space.

The extent of this potential was clear throughout the BWS event, where each of the executive speakers explained how AR had enhanced their business over the past year. For example, Huang He, Chief Producer of Shenzhen TV Station, discussed how AR had helped them tangibly demonstrate their products to potential clients around the world during the pandemic. In a later speech, Hiroshi Fukuda, CEO of meleap, and Liang Jinhao the company’s Chinese representative, introduced HADO, an AR-powered tech-sport that you can play anytime, anywhere – provided you have 5G, of course.

Shenzhen, with its 46,500 5G base stations, is a prime location for AR innovation and is one of the faster growing AR markets in the world. As one of the fastest adopters of 5G, China itself represents a rapidly growing market for AR, increasing in size faster than Japan.

An increasingly accessible technology for consumers

In contrast to the broad variety of industrial AR applications already on the market, the consumer market has been far slower to move towards widespread adoption. When asked why this was during the Q&A session following the presentations, Eric Zhao’s response was three-fold.

Firstly, current devices on the market are bulky and prohibitively expensive, making rapid mass adoption unlikely; secondly, the content ecosystem surrounding AR is still in its infancy, lacking the quality that drives consumer interest; and finally, there is still a substantial lack of 5G coverage in many markets, which will be vital to supporting AR on the go.

However, solutions to these issues are within reach, partly facilitated by the widespread rollout of 5G. For example, AR headsets were previously bulky and expensive due to needing to house all of the processing power and storage on the device itself. Instead, these devices can now be made smaller and cheaper by tethering to a mobile phone and using a 5G connection to the cloud, removing the need for this processing to take place locally, on the device itself.

“5G and cloud are here to help,” said Zhao. “The computing and storage of the AR devices can be offloaded to a cloud. The new generations of AR devices don’t have to compact the computing of the storage modules, so, in that way, it helps to downsize the model, and models will become lighter, and the cost will also be reduced.”

In a keynote presentation at the BWS, David MacQueen from Strategy Analytics elaborated on this development, demonstrating the newer, sleek glasses that will take the place of cumbersome headsets.

“Instead of a weight of 566g, it weighs 85g and, most importantly, instead of costing $3,500, it’s around $600 dollars. So, this type of design which pairs with the smartphone is what we expected to be the most popular type of consumer AR device,” explained MacQueen.

As 5G becomes more ubiquitous, the opportunity for consumer AR will increase substantially. To make the most of this opportunity, operators will need to ensure that they are playing a key role in developing attractive content, both independently and through intelligent partnerships, following the successful example being set by the South Korean operators.

Collaboration will be key to AR innovation

Ultimately, both AR and 5G technologies are still in their infancy. The AR industry is growing fast – the AR market will be worth $300 billion by 2025, according to Huawei and third-party data – and will have an enormous impact on both our business and private lives.

But for operators, taking advantage of this opportunity will not be easy. The AR value chain will be broad, from vertical industries and device manufacturers to connectivity providers and content creators. Operators will need to carve out their value proposition within this ecosystem, with 5G at its heart. Collaboration will be more vital than ever before, driving innovation with new AR experiences and solutions.

In short, as we are seeing more and more in the 5G era, operators must look beyond just connectivity if they are to succeed.

“If you walk alone, you walk fast. If you can walk with others, you can go far. So, the development of AR will depend on the concerted effort of everyone and every part in the end-to-end industry chain,” concluded Bob Cai, CMO of Huawei Carrier BG. 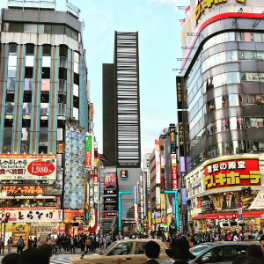 Delivering actionable insights from your data