5G Fanfare – Will overpaying for spectrum come back to haunt the UK’s big 4?

Vodafone, O2, EE and Three all spent big at Ofcom’s 5G spectrum auction, but have operators paid too much for spectrum and left themselves short of cash to invest in network transformation?

Collectively, Britain’s big four mobile network operators spent more than £1.35 billion at Ofcom’s 5G spectrum auction – a princely sum but significantly less than the £2.3 billion raised in the 4G auction of 2013. Indeed, the figure pales into near insignificance when compared to the absurdly bloated figure of £22.5 billion raised in 2000 for the 3G licenses.

Despite the comparatively low revenues generated, analysts are hailing the auction as a success, with the final figure of £1.35 billion beating most analysts’ predictions by around 35 per cent.
So now that the network operators have parted with their hard-earned cash, is Britain actually any closer to rolling out 5G services?
The short answer is no, of course, but the auction did shed some light on who will be the key players in Britain’s fifth generation mobile market place in years to come.
Who got what?
Vodafone was the biggest spender at the auction, bagging 50 MHz of 3.4 GHz spectrum at a cost of just over £378 million. Next came O2, who spent over £317 million on 40 MHz of 3.4 GHz spectrum.
EE claimed 40 MHz of 3.4 GHz spectrum at a total cost of £303 million and Three spent over £150 million on 20 MHz of spectrum (click here for a full break down).
Significant sums of money, especially in a market that is operating on relatively thin profit margins. Bengt Nordstrom, CEO of telecoms consultancy Northstream, believes that the network operators were prepared to pay more than analysts had predicted because of the special properties of spectrum in the 3.4GHz range.
"The 3.4GHz spectrum band is hugely important for 5G, as it lets operators add extra capacity to their existing networks without having to add many new base station sites. This explains why the operators’ bids for this band were so much higher than expected," he said.
Despite the necessity of investing in spectrum, Nordstrom fears that paying an inflated price at auction will leave operators needing to claw back revenue elsewhere in order to renovate their existing networks.
"That operators paid higher than expected prices is good for HM Treasury but not so good for consumers, as it leaves the operators with less money to invest in their 5G networks and services. In today’s market, operators are capex constrained. It would have made more sense for Ofcom to agree a set 5G licence fee with each operator, which would then leave them with more money to invest in their networks," he said.
Who got nothing?
There were, of course, five eligible bidders in the spectrum auction, with new comer Airspan Spectrum Holdings walking away from the auction empty handed. It seems extremely unlikely, then, that the UK is about to witness the emergence of a fifth player onto its mobile market place.
"The results of the auction confirm our view that the mobile industry has passed the stage where we should expect new entrants in national markets to build and launch new mobile networks that compete with the incumbents. This in turn makes the idea of a competitive spectrum auction even more strange. It was a given that the UK’s four incumbent operators would win the 5G licences – therefore why would Ofcom drive up the prices?" added Nordstrom.
So why did Airspan Spectrum Holdings fail to win any spectrum? It seems unlikely that the Softbank backed entity simply ran out of cash or was unable to keep pace with the levels of the bidding.
More likely, is the suggestion that Airspan Spectrum Holdings has designs on obtaining spectrum with the broad bandwidth necessary to facilitate industrial scale IoT applications. If this is the case, we can expect to see Airspan make a more concerted effort at obtaining spectrum when Ofcom holds an auction for spectrum in the 28GHz range (not expected until at least next year).
When will we see 5G in the UK?
With spectrum in the 700 MHz and 26-28 GHz still to be put up for auction, there is still a long way to go before operators can declare themselves ready to roll out 5G services across the UK.
While we can expect to see some trials taking place as early as Q1 2019, the full scale commercialised roll out of 5G services in Britain is not expected until at least 2020. Even then, most analysts expect the launch of 5G services in the UK to be a phased process.
"Based on current operator preparation and trials, early 5G deployments will start in 2020 and mass adoption will be after 2023. The key markets for 5G over the next five years are China, South Korea, Japan and the US. Europe is lagging behind and will only play a limited role before 2022, due to market fragmentation and potential delays in spectrum auctions," Nordstrom added.
How about 4G?
With all the furore surrounding the allocation of 5G spectrum, it would be easy to overlook the fact that there was also 4G spectrum on the block at this auction.
O2 claimed all of the available 40 MHz of spectrum in the 4G compliant 2.3 GHz range, allowing it to significantly boost its 4G coverage. O2 spent nearly £206 million on 4G spectrum, which should allow it to dramatically improve its 4G offering across the country.
A new report issued by OpenSignal showed that of the UK’s four network operators, O2 had the lowest average 4G download speed of just 15.16 Mbps (compared to EE’s average of 29.02 Mbps). The report showed that O2 faired rather better in terms of 4G availability, averaging 83.67 per cent (the second best in the country, behind EEs 86.62 per cent).
O2’s customers could feel a dramatic boost in their 4G performance levels relatively soon, as Ofcom stated that it would look to give final approval to all the spectrum allocations made at its auction in the next couple of weeks.
Friday Review 06/04/2018
Share 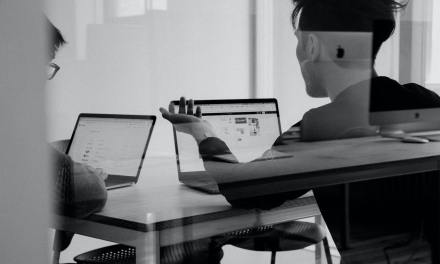