"If it works, great; if it breaks, let’s go back and get it right. The point is we want to have real users using the network."

This was the somewhat philosophical tone adopted by Sebastian Robitzsch, staff engineer at mobile R&D and patent-licensing firm InterDigital, who had the unenviable task this week of guiding Total Telecom round his company’s live smart city trial in Bristol.

Hosted on the testbed deployed by the Bristol Is Open (BIO) smart city project, InterDigital’s trial is designed to showcase the capabilities of Flexible IP-based Services (FLIPS), its mobile edge computing (MEC) solution, which is based on information-centric networking (ICN). 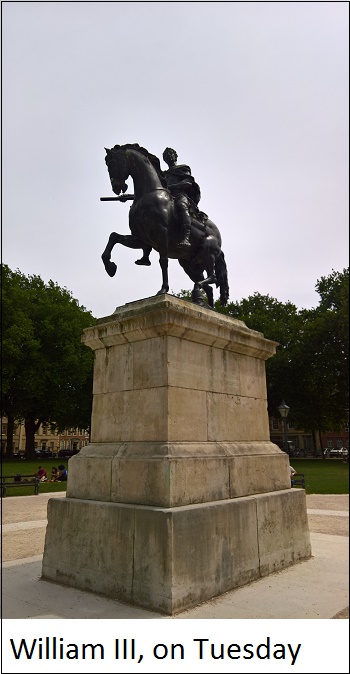 It is being pitched as a way of meeting the latency and capacity requirements of 5G networks, particularly when it comes to delivering mobile video.

5G is not like any mobile technology that has gone before, Robitzsch said. Rather than simply providing faster access, "5G will join up the various silos of network technology," including cellular, WiFi, and broadcast.

InterDigital’s FLIPS solution aims to help bridge such silos. It sits between the data centre where the service is hosted and the edge of the operator’s access network. It combines content caching and multicast technology to improve the speed and efficiency of delivering IP-based video traffic to mobile devices.

It can detect when multiple users want to access the same content, making a single request to the server on their behalf, thereby avoiding overloading the network with individual requests from each user. It can also create a temporary, locally-cached instance of that content to further drive down latency and improve capacity.

By taking an ICN approach, much of this can be done on the fly on virtualised infrastructure that can be spun up and down as needed. What’s more, the user doesn’t require any special software or client on their device, it just works like any other IP-based service.

"As long as you’ve got an SDN (software-defined networking) switch, our solution works straight out of the box," Robitzsch said.

Conceivably, a mobile operator could pitch this capability to a smaller content service provider that wants to offer the same slick experience as Netflix, YouTube, or Spotify, but lacks the budget to deploy its own CDN, or rent data centre space on every continent.

The Bristol trial takes the form of an Android game, in which players solve puzzles and share the answers with their team mates via video upload over dedicated WiFi hotspots. 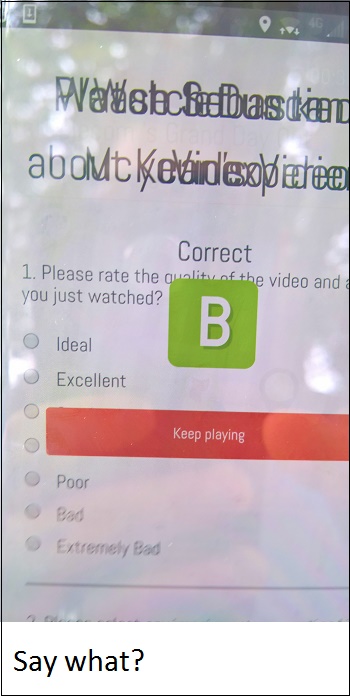 To demonstrate the benefits of FLIPS, the game can run either on InterDigital’s technology, or in a simulation of a traditional Web-based environment. The idea is, the end user will notice a significant improvement in performance when using FLIPS.

That’s how this whole thing is supposed to work in theory, anyway. It is fair to say though, there were a few technical glitches experienced when Total Telecom got to grips with FLIPS on Tuesday.

The first time round, the game ran in the Web environment, and was practically unusable. Video uploads and downloads took an age, and the app was unstable, requiring multiple restarts.

The stage was set for FLIPS to shine the second time around, and while there were certainly glimmers of hope, the experience was not error-free. Video worked much better, which is a good advert for InterDigital’s content-caching and multicast prowess – but the app still had issues with stalling and interface anomalies.

According to Robitzsch, the likely culprits were two issues that have dogged the industry for years: network contention, both at the access points and in the local BIO data centre hosting the app, and neighbouring WiFi hotspots causing interference.

That, and the Android device itself may have been problematic as well. Never one to run with the crowd, Total Telecom was using a BlackBerry Priv, which comes with all sorts of security features that may have caused one or two issues.

Also, in one case, Total Telecom may have forgotten to press the record button when trying to share a video answer with the team. Sorry again about that.

"The one thing you can never account for is the user," said the very-tactful Robitzsch.

Despite the technical issues, the trial provided an opportunity to see how 5G has challenged the industry to revisit first principles when it comes to delivering mobile services, and more specifically, to see how InterDigital has approached this challenge.

Whether FLIPS sees broad adoption remains to be seen, but the Bristol trial offers a tantalising glimpse of a genuine 5G experience.

Bristol Is Open won the coveted Smart Cities Award at the 2016 IoTAs – the Internet of Things Awards – which are hosted alongside Total Telecom’s annual World Communication Awards. The deadline to enter this year’s awards is Monday 24 July, so get your skates on!

Smart cities and 5G are recurring themes at various Total Telecom conferences, including Connected Britain, Connected Europe, and the Total Telecom Congress. Follow the links to find out how you can be part of these exciting events. 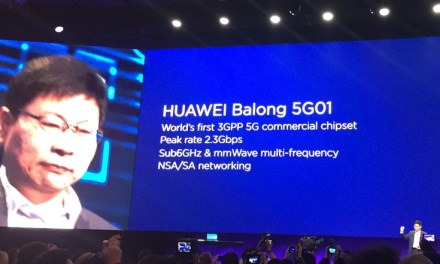 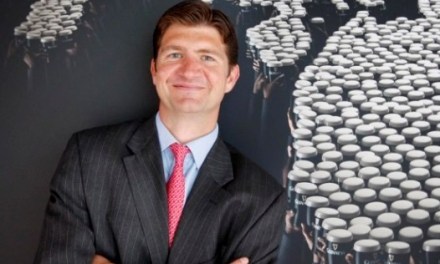