As a key access point to the internet, telcos have a major role to play in delivering a more balanced experience

Key findings:
84% of mobile users believe they should be paid in exchange for their data
37% of users are more annoyed by ads themselves than by cookie requests or being tracked – they want an experience where ads are nonintrusive
62% of users currently use apps from their mobile operator
80% of users report a positive experience when engaging with apps from mobile operators – telcos have a big role to play in helping users take control of their data

New research from eyeo, the company behind the market-leading ad-filtering technology that powers Adblock Plus, Adblock and Adblock Browser, has found that mobile users want more control over their data when browsing the internet on their phone. This is encapsulated in the finding that 83% of users would change their mobile browser if it offered them this greater level of control.

The data comes from a global survey of over 1,500 telco subscribers. The research sought to gain a better understanding of areas such as subscribers’ relationships with their mobile network provider and their feelings towards the ads and cookie requests they see when they browse on their phone.

The survey results confirm that users want more control over their browsing experience and suggest how telco providers can help achieve this. 84% of users believe that they should be paid in exchange for the data gathered on them through trackers such as cookies, which shows that data should only be monetized by companies if users get something in return.

Users also want to regain control of their everyday browsing experience. When asked what they found most annoying about their mobile browsing experience, 37% of users highlighted intrusive ads as their biggest aggravation, which was followed by cookie consent requests at 23%, and being tracked by apps at 18%.

Commenting on the findings, Alec Gramont, Senior Director of Telecom Partnerships at eyeo said: “The results of the survey underline the importance of users being in control as part of a fair and profitable web. Users are now more aware than ever of how their data is used and how it holds value in the context of the online ecosystem, and they’re more than willing to jump ship to another browser if their data isn’t managed in a way that suits them.”

The data also suggests that telcos can play a leading role in helping give users more control over their online experience. Most subscribers surveyed have a strong relationship with their telco provider, exemplified by the fact that 62% have used apps supplied by their telco provider. Crucially, 80% report a positive experience when engaging with such apps.

“Telco providers should be encouraged by these findings and realise that there are lucrative potential new revenue streams if they choose to develop new offerings – such as their own browsers. As long as such offerings respect user privacy and embrace advertising that is nonintrusive, they can be a great way of ensuring the needs of everyone in the online value exchange are met,” added Gramont.

“Users want to take back control, and telco providers have the power to deliver this. Armed with this data, there is huge potential for telcos to be trailblazers in building a fairer, more sustainable internet,” he concluded. 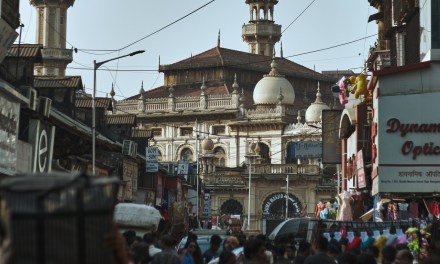