Integrating new technology to cars, the transport industry, home and commercial security systems, the healthcare sector and other areas of our daily lives will see mobile usage continue to increase across the UK.

However, to meet the increasing growth in demand and provide 5G capability across the UK, all operators must increase the number of masts and significantly upgrade the existing ones.

The government has recognised this and, as part of its intention to make the UK a world leader in the digital economy, introduced the Digital Economy Act 2017 to make deployment of masts cheaper, easier and faster.

The updated Electronic Communications Code legislation (the Code) became effective in December 2017. The government’s ambition was that the new legislation would support improved mobile coverage across the UK and encourage greater investment in this critical national infrastructure.

The Code is wide ranging and covers many issues that are critical to the ability of an operator to build, manage and maintain a site.

However, since the Code was introduced, the change in the way we value a site has caused considerable debate and consternation across the landowning community. This has created a hostile environment in which we now work, to deliver the mobile infrastructure required to deliver the next generation technology. Some Site Providers and their agents are disrupting the implementation of the code and are refusing to accept the reality that rents have to fall to enable a fully digital economy.

Fortunately, recent decisions from the Lands Tribunal are now providing some clarity and guidance on the key issues arising from the new legislation including valuations. However, these decisions are being delayed by the long-winded Tribunal Process and are also being ignored by certain elements of the landowning community who are demanding more clarity from the Courts before they will even engage in negotiation and this is stalling roll out. [EE Limited and Hutchison 3G UK Limited v The Mayor and Burgesses of the London Borough of Islington [2019] UKUT 53(LC) / Cornerstone Telecommunications Infrastructure Limited v Richard Gregory Keast [2019] UKUT 0116(LC) (Electronic Communications Code)].

But let’s recap on what the legislation aimed to do because the government was clear about its intentions. In April 2017, the Department for Digital, Culture, Media & Sport stated: ‘Landowners will receive a fair market value that excludes any additional value generated by the provision of electronic communications. The Government is confident this “no-scheme” approach will reduce the cost of infrastructure roll-out, leading to greater investment, and improved coverage and connectivity.’

However, many landowners and agents are still not willing to engage and continue to call for more clarity from the Tribunal or precedents to be set. But someone from that community has to take the brave step of embracing the change introduced by the Code and work with the Operators to make it successful.

Some are taking that brave step and we are now seeing deals coming through. We are in the process of agreeing standard template code agreements which will be endorsed by all parties and will reduce the areas of negotiation making it easier and quicker for all parties to deliver on the Governments ambition. But it needs to be more widely embraced and embedded into our culture. We need a digital economy to compete on the world stage and the Landowning community need to understand that the value in telecoms infrastructure is not in the rents they receive but the enhanced value that arises from having a connected building and happy tenants or a thriving business or rural community.

Connectivity is key and it’s irrelevant whether we’re in the property sector or telecommunications industry, we are all equally invested in providing a first-class mobile experience across the UK that benefits consumers and businesses. Let’s work together to a common interest, overcome the challenges and embrace the new legislation that has been put in place to realise those ambitions.

Total Telecom are delighted to welcome Cornerstone as a Bronze Sponsor at Connected Britain 2019. They will be hosting the roundtable ‘Building digital infrastructure for the future of mobile connectivity‘ on day 1, 12.25. Belinda Fawcett, General Counsel & Director of Property and Estates, Cornerstone will also be o the panel ‘Addressing the challenge of urban ‘not spots’, on Day 1 in the Connected Society Track, 14.30. 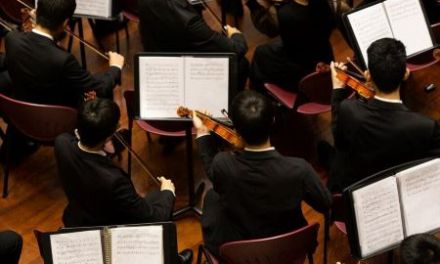 Telcos As A National Growth Accelerator