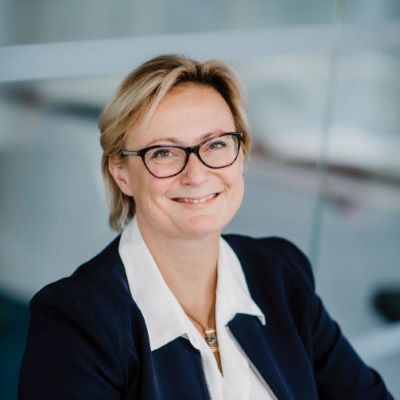 We spoke to Virginie Hollebecque, Ciena’s Vice President and Leader of EMEA, about the changes to the submarine cable industry following the pandemic and the increasing popularity of the Open Cable model for new networks

The last 18 months have been disruptive—bringing the importance of the telecoms industry and connectivity to the forefront of critical infrastructure discussions. How have network operators coped with the pandemic and what changes will affect the future of networking?

Network operators the world over have always designed, deployed, managed, and maintained networks based on the assumption that it’s critical infrastructure. This was traditionally referred to as ‘carrier grade’. The pandemic emphasised the importance of networks to end-users—consumers and businesses, humans and machines—as countries went into lockdown mode forcing people to work, play, and learn from home. Network operators ran their networks ‘hotter’ to address sudden increases in bandwidth demands in different parts of their networks, submarine included. They also focused on making their networks more robust to ensure higher levels of critical network availability. Operators who embraced analytics and intelligent automation were able to more quickly optimise existing network assets to address sudden changes from their customers, which we believe will be increasingly adopted going forward now that all operators witnessed its benefits first-hand, or through their competitors who were quicker to adapt to changing needs.
What does the increased demand and evolving traffic patterns mean for Ciena’s approach to submarine cable network upgrades, management, and ongoing maintenance? How central is analytics and intelligent automation in meeting these challenges?
The faster that networks can be upgraded, optimised, and healed on an ongoing basis, the better the Quality of Experience (QoE) for end-users, humans, and machines (think IoT). This is why the future of networking is a highly instrumented network feeding streaming telemetry into analytics engines to create more intelligent, data-driven automation. This allows the network to become increasingly able to self-provision, self-diagnose, self-optimise, and self-heal. This is what Ciena calls the Adaptive Network™. It allows submarine and terrestrial network operators alike to rapidly address changes in demand growth and evolving traffic patterns to meet the expectations of businesses and consumers who are increasingly dependent on anytime, anywhere connectivity.
A growing trend in 2021 is that planned cables are increasingly adopting the Open Cable model. Could you briefly explain what this model entails and why it’s growing in popularity?
There are many benefits associated with the Open Cable model, which separates the buying decision of Submarine Line Terminal Equipment (SLTE) from the undersea wet plant. Benefits include a broader and more secure supply chain, increased competition for quicker innovation and improved economics, and the ability to build best-in-breed networks. The challenges associated with the modeling, testing, and sign-off of Open Cables built from different vendors have been minimised through cross-industry collaboration, working groups, and international standards bodies. Our Submarine Networks EMEA preconference workshop—Ciena’s Vision of Submarine Networking – The Lifecycle of an Open Submarine Cable from Inception to Operation—covers this very topic in great detail.
You’re presenting a keynote address at the upcoming Submarine Networks EMEA event in September, with the focus on the intelligent, data-driven submarine networks of the future. What can we expect from this discussion?
The keynote covers the benefits of combining programmable infrastructure, analytics and intelligence, and software control and automation to submarine networks and how the Adaptive Network can be used to address sudden and unplanned changes to networks and the demands placed upon them. Networks of the future require going beyond simply adding more capacity.
About Ciena
Ciena (NYSE: CIEN) is a networking systems, services and software company. We provide solutions that help our customers create the Adaptive Network™ in response to the constantly changing demands of their end-users. By delivering best-in-class networking technology through high-touch consultative relationships, we build the world’s most agile networks with automation, openness and scale. For updates on Ciena, follow us on Twitter @Ciena, LinkedIn, the Ciena Insights blog, or visit http://www.ciena.com
Ciena is the Title Partner of Submarine Networks EMEA 2021, 1-3 September in London. Meet with the team to discuss why intelligent, end-to-end network automation is vital to the future of submarine networking and solutions now available in allowing Open Cables to become the de facto model for new submarine network designs going forward.
To view the full agenda and book your pass CLICK HERE
Also in the news:
Arianespace launches pair of telecoms satellitesEricsson staves off market share collapse in China with latest 5G win
France’s Iliad could be delisted following billionaire buyout
Share 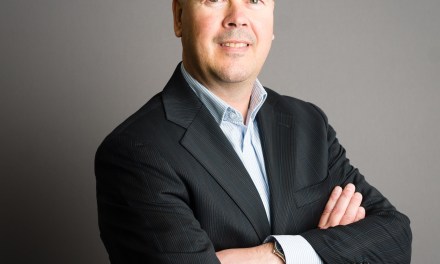 The industry must adapt to the evolution of cloud ecosystems 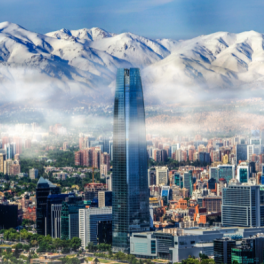