KaiOS Technologies and Africell today announced that a new KaiOS–enabled smart feature phone, the 4G Vida K242, is now available in Uganda and will facilitate mobile internet adoption across the country.

According to the Digital 2020 report for Uganda, there were 26.83 million mobile connections in January, equivalent to 60% of the population. However, internet penetration was only 24%, with just 2.5 million social media users.

The 4G Vida K242 has been specifically designed for people who are unable to afford a smartphone and want to go online. It has a user-friendly interface optimized for first-time internet users.

It comes with the world’s most popular apps, such as WhatsApp, YouTube, Google Assistant, Google Maps, and Facebook, and provides access to hundreds of other applications through the KaiStore.

Life, the in-house app that offers life skills training for first-time internet users and ranks as one of the top 10 most downloaded apps in Uganda, is also available via the KaiStore.

Africell operates nationwide 2G, 3G, and 4G networks and is investing heavily to achieve extensive growth in both urban and rural areas.

Neeraj Gala, Chief Commercial Officer of Africell Uganda said, “On top of being the first 4G feature plus phone to be launched in Uganda, we are also making the 4G Vida the most affordable for only 120,000 ugx, inclusive of 1.5 GB and 850 minutes of talk-time on Africell network. Additionally, and as a cherry on top we are offering the customer 1.5 GB and 850 minutes of Africell talk-time for free for 6 months.”

“For millions of people across the world, a KaiOS-enabled device is their entry point into the online services that can transform lives,” said Sebastien Codeville, CEO of KaiOS Technologies. “Africell is a trusted partner that shares the same mission of reducing the gap between digital haves and have-nots, by bringing smart feature phones with life-enhancing services to first-time internet users across Uganda.”

KaiOS? Technologies powers an ecosystem of affordable digital products and?services, and?exists to empower people around the world through technology. Its flagship product,? KaiOS, is the leading mobile operating system for smart feature phones with more than? 135? million devices shipped in over ?150 ?countries.

Kai’s mission is to? open up? new possibilities for individuals, organizations, and societies by bringing mobile connectivity to the billions of people without internet in emerging markets, as well as providing those in established markets with an alternative to smartphones.?

KaiOS ?is based on HTML5 and other open web technologies. Devices running on the platform require limited memory, while still offering a rich user experience through access to apps like Google Assistant, WhatsApp, YouTube, Facebook, and Google Maps.?

For more information about KaiOS, please visit: http://www.kaiostech.com and http://www.twitter.com/kaiOSTech 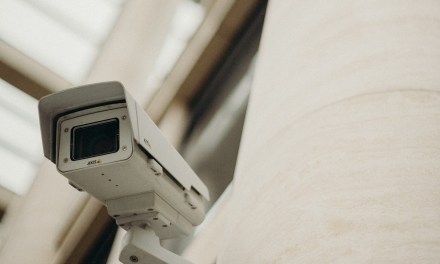 Guidelines for residential Wi-Fi sensing published by the WBA