And the award for outstanding customer service goes to… No one!

Hot on the heels of the news that Virgin Media is to close down one of its UK based call centres, came the news that Britain’s internet service providers are racking up some fairly atrocious scores in the customer satisfaction stakes.
Ofcom’s report into the best and worst providers of broadband in the UK, was published this week, and was fairly damning in its findings, with none of the UK’s ISPs covering themselves in glory.
TalkTalk was awarded the dunce hat for its customer service efforts regarding its broadband services.  Nearly 1 in 5 TalkTalk customers said that they had had reason to complain about the levels of service they received this year. Moreover, 60 per cent of those people who did complain said that they were dissatisfied with the way that their complaint was resolved.
In a statement to the press, TalkTalk stated that it had taken steps to improve its levels of customer service in recent months and expected these initiatives to bear fruit in the coming year.
"We’ve closed down our call centres in India. We have introduced new online tools to help customers resolve issues quickly and conveniently. And we are launching new Wi-Fi routers to strengthen network reliability. All these initiatives are starting to deliver material improvement in satisfaction levels," the statement said.
While TalkTalk were deemed to be the worst offenders in Ofcom’s report, they were by no means the only ISP to provide substandard customer care. BT and Plus Net will also have had their end of year reports marked with "must try harder".
Only Sky and Virgin Media emerged from the report with a shred of dignity intact, and given that Virgin Media has just announced that 800 UK call centre jobs will go when it closes its call centre in Swansea, you might expect them to be joining the customer dissatisfaction club over the next 12 months.
You get what you pay for
So why are Britain’s ISPs failing so spectacularly when it comes to customer service? It is certainly not a regulatory issue – The UK’s broadband market is awash with would be providers ready to steal customers away from those who under perform. It just so happens that in this instance, broadly speaking, they all seem to be as bad as each other.
One possibility is that ISPs (and the telcos that own them) are being forced to operate on such fine margins that they are unable to invest the necessary resources in customer care initiatives. This might sound like a cop out, but there is more than a grain of truth in it.
From an international perspective, broadband prices in the UK are certainly competitive, but are they too cheap? A standard 50Mbps home broadband package in the UK is likely to cost you around £25 per month – perhaps less if you shop around. I was genuinely surprised when I returned to the UK last year to find that broadband was so cheap. After 5 years living in Dubai and the British Virgin Islands, £25 per month seemed like an unbelievable bargain (in Dubai, the same package would have cost at least £70, in the BVI almost £100). However, the old adage of "you get what you pay for" seems to be true in this instance. I certainly never complained as often or as vociferously about my broadband until I returned to the UK last year.
To some extent I am comparing apples with oranges here. There are huge logistical differences between Britain’s telecoms infrastructure and that of the UAE or BVI, I accept that.  Still, I can’t escape the feeling that if people paid a little bit more for their monthly broadband subscription, they might be entitled to demand a better level of service.
Self-serve satisfaction
One solution to solving the customer service conundrum has been to send the work somewhere cheap, usually India or The Philippines. This has proved largely unpopular with consumers, and the public backlash against it has led to a large number of ISPs and telcos bringing their call centres back to the UK. However, this doesn’t seem to be a financially viable solution for the long term, so what are the alternatives?
More and more companies are touting the benefits of "self-serve" customer service platforms, which allow customers to log their own problems online using an automated system. Eventually, artificial intelligence (AI) is expected to play a bigger role in resolving customer complaints, but will a new raft of AI chatbots just leave Britain’s broadband consumers feeling as infuriated as their human call centre based counterparts?
“AI can be a real solution to this common gripe. In the telecoms industry for example, we’ve identified a lack of resources to deal with huge customer bases and specific customer problems on a case-by-case basis. Artificial intelligence allows us to develop the functionality for these mass telecom businesses to address this.”
“It is important for brands who have yet to adopt the technology to know that input into this does not have to be significant. Brands are already collecting their customers data every day, AI simply uses that data to better understand consumers and then use that insight to adapt and create a better customer experience,” said Sam Madden, UK director at Wiraya.
Whether Briton’s future customer service needs will be met by a person in a call centre or by an autonomous online system remains to be seen. One thing that is certain, however, is that if Britain continues to drive down prices in the telecoms sector and force operators to trade on such fine margins, customer service is never going to receive the attention or the investment that it needs.
Friday Review 04/05/2018
Share 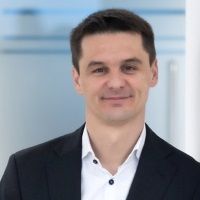 The importance of 5G for Britain – interview with Christian Leon, Ericsson