Aussie telcos under fire for charging customers for unreachable speeds

Hundreds of thousands of customers were reportedly misled by Australia’s three major telcos, who charged them for service speeds the National Broadband Network (NBN) could not provide

Earlier this week, the Australian Competition & Consumer Commission (ACCC) announced legal proceedings in federal court against Telstra, Optus, and TPG, arguing that the companies had misrepresented services being marketed to customers.

Currently, all three of these operators are selling 50Mbps and 100Mbps plans to NBN customers who have access to fibre-to-the-node (FTTN) connectivity. However, the ACCC argues that for many of these customers, these speeds were never truly available.

Back in June the ACCC found that FTTN users on 50Mbps plans had an average download speed 6Mbps slower than other technologies, while 100Mbps plans were showed to be 16Mbps slower on average. The subsequent investigation was prompted in part by this data, but also through Telstra self-reporting elements of misconduct to the ACCC.

According to the ACCC, the operators told FTTN customers that they would test their connection speeds, notify them if the maximum speed was not met, and subsequently offer solutions. In fact, this was the process agreed by the operators with the ACCC back in 2017, but the ACCC now suggests that this procedure was not followed regularly by the operators.

“Telstra, Optus and TPG each promised to tell consumers within a specific or reasonable timeframe if the speed they were paying for could not be reached on their connection. They also promised to offer them a cheaper plan with a refund if that was the case. Instead, we allege, they failed to do these things, and as a result many consumers paid more for their NBN plans than they needed to,” said ACCC chair Rod Sims. “Collectively, hundreds of thousands of consumers were allegedly misled by these three big internet providers, Telstra, Optus and TPG, which accepted payments for NBN speeds they could not provide.”

The three operators, while placing a large portion of the blame on the NBN, have all agreed to contact customers that may have been affected by these misrepresented speeds and offer refunds or alternatives where necessary.

“We are pleased that Telstra, Optus and TPG have promised to compensate consumers even before the court case is finalised,” said Sims.

The ACCC itself is seeking a range of measures be mandated by the courts, including declarations, injunctions, pecuniary penalties, publication orders and the implementation of compliance programmes.

Meanwhile, the NBN itself continues to grow. The company announced their financial results yesterday, announcing that 933,000 additional premises had been connected to the network in the last 12 months, bringing the total to 8.2 million. 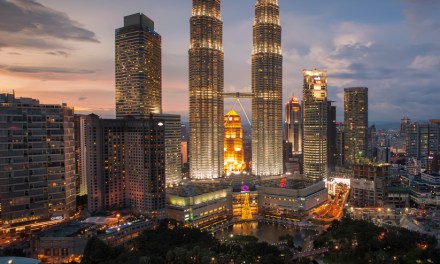 Malaysian telcos continue to clash with govt over 5G