BICS, a leading international communications enabler, has today announced that it will be providing its complete range of voice and data roaming services to Swazi Mobile, Swaziland’s recently launched second mobile network.

BICS has deployed its full roaming outfit to Swazi Mobile, enabling end-users to benefit from international voice and data services, SMS messaging, signalling, IPX and data clearing services. Both incoming visitors to the country and outgoing roamers can now take advantage of BICS’ portfolio of over 700 partnerships worldwide across a 4G network.

There are around 250,000 inbound roamers in Swaziland, with a vast majority (around 98%) travelling from neighbouring countries South Africa and Mozambique. Mobile users in this region will not only benefit from BICS’ one-stop-shop roaming solution, but also its point-of-presence (PoP) in Johannesburg, South Africa, which means that regional traffic will be managed locally. BICS’ local switching provides outstanding quality by reducing latency, which is critical in order to support 4G.

“We are very excited to be supporting Swazi Mobile, Swaziland’s second mobile network,” said Clémentine Fournier, Regional VP Africa at BICS. “We are dedicated to the African continent, and particularly smaller markets within this exciting region, which may not be able to facilitate a full mobile offering. BICS recognised the demand in Africa back in 2014 when we established our PoP in Johannesburg, which we are now able to fully utilise in supporting the launch of Swazi Mobile and the growth in roaming revenue.”

Wandile Mtshali, the CEO at Swazi Mobile said: “Swazi Mobile selected BICS for its excellency in delivering complex roaming projects in a very short time, as well providing premium roaming services thanks to its worldwide footprint.

"The immediate access to over 800 of BICS’ partners will give our customers the ability to roam like never before, and BICS’ PoP in Johannesburg will provide us with a competitive differentiator through service quality.” 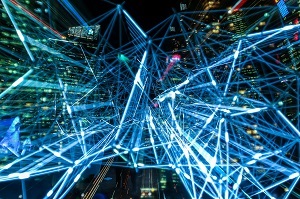