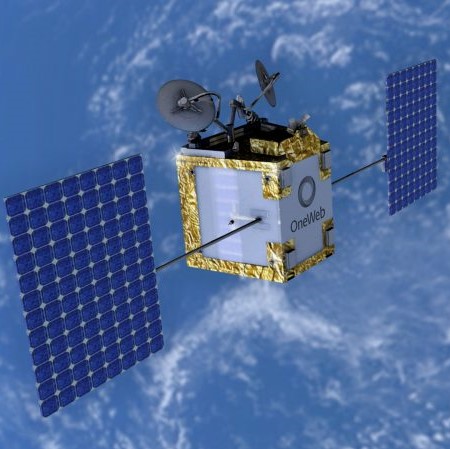 The partnership will see satellite broadband used to connect some of the hardest-to-reach locations in the UK, going beyond the limitations of terrestrial connectivity

This weekend, BT has announced a new Memorandum of Understanding (MoU) with UK satellite communications firm OneWeb, pledging to use satellite communication to reach some of the most rural parts of the country.
The partnership will see the pair explore various ways in which satellite technology can support improved capacity mobile resilience, backhaul, and coverage in areas of difficult geography, where deploying traditional mobile or fibre infrastructure would be difficult.
This move should come as no real surprise, with early talks between the companies rumoured back in February, but it nonetheless a major step in improving rural coverage and tackling the relatively new broadband challenge introduced by new Universal Service Obligations (USO) last year.
Back in March 2020, the UK’s new USO for broadband went live, allowing anybody around the country to request access to a minimum download speed of 10Mbps. Delivering on this broadband promise for some of the most remote regions is incredibly expensive using conventional infrastructure solutions, hence the appeal of satellite connectivity.
“Our ambitious full fibre and mobile commitments have put BT at the forefront of efforts to expand digital connectivity across the UK. It is clear that greater partnership is needed, both with Government and within industry, to ensure connectivity can reach every last corner of the country,” said Philip Jansen, Chief Executive at BT. “Our agreement with OneWeb is an important step to understanding how that goal could be achieved in the future.”
OneWeb, of course, is a natural fit here. The satellite broadband provider was rescued from bankruptcy in July 2020, when a consortium led by Sunil Mittal’s Bharti Global and the UK government agreed to purchase the company, with each of the pair committing $500 million to the project.
Since then, the company has been gradually finding fresh investment, working towards its goal of putting around 648 low Earth orbit (LEO) satellites in orbit by the end of 2022, with which they should be able to provide global coverage.
Currently, OneWeb has 218 (LEO) satellites in its communications constellation with a further 36 due for launch on the 1st of July. However, the company’s ambitions are in fact much higher, having already received approval to launch a total of 2,000 satellites in the coming years.
Interestingly, of this 2,000 devices, 1,280 will not be LEO satellites at all, but rather medium Earth orbit (MEO) devices, orbiting at around 8,500km rather than the LEO satellites’ 1,200km. Orbiting at this higher altitude will allow the devices a greater individual range, meaning fewer satellites will ultimately need to be launched to meet coverage goals. However, there are set backs, including increased manufacturing and launch costs due to the increased size and distance, as well as increased latency.
This new deal comes at a time when satellite connectivity is picking up momentum around the world, riding on the coattails of SpaceX’s Starlink constellation. The project already has some 1,600 LEO satellites in orbit, set to provide direct-to-consumer connectivity on an almost global scale.
What impact will satellite connectivity have when it comes to ending the digital divide in the UK? Find out what the key players think at this year’s live Connected Britain event
Also in the news:
‘You can’t monopolise creativity’: Collaboration and telco B2B success
Brexit bites customers as EE brings back European roaming charges
O2 Czech Republic to be delisted by PPF
Share

Telefonica partners with Nokia to boost customer centricity in the UK