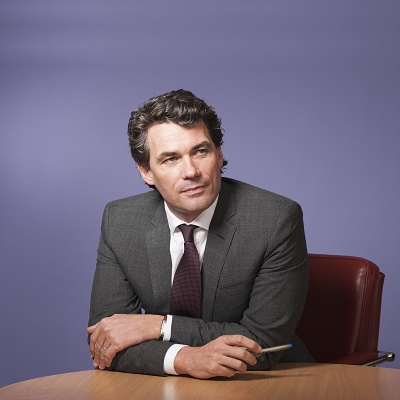 BT CEO Gavin Patterson called on the industry to step up efforts to build a strong, clear business case for 5G over the coming months.

Speaking at Huawei’s Global Mobile Broadband Forum in London on Thursday, Patterson urged carriers to get down to the nitty gritty of financial planning before getting carried away with the 5G fanfare.

"We need to build the business case for 5G. Clearly the innovation is there and its coming to the market very quickly," he said.

"Ultimately, as carriers, we have to make significant investment. We have to put the capex down and the business case for this still needs to be built."

Perhaps unsurprisingly, Patterson suggested that the first step in this process would be nailing down the costs to be borne by those responsible for deploying 5G infrastructure.

"There will be a massive upgrade of the networks that will be required. There will be many more points of presence. All of that needs to be funded and we need to build the resources to do that.

"I think it is really important that carriers and chip manufacturers really work on getting to the most efficient delivery at the lowest cost that they possibly can," he added.

The second step in the process will be to continue to build up the number of use cases, and fast.

"We need to continue to build up the use cases because this will underpin the revenue side of the story," he said.

Patterson also argued that 5G should not be viewed in isolation but rather as a "seamless and ubiquitous experience", working in tandem with other technologies, like WiFi and 4G.

"From a customer point of view, they should be able to move from one to the other and not feel it," he said.

With the rollout of 5G in the U.K. still years away, the transition from 4G to 5G is likely to be a smoother and more phased integration than the step up from 3G to 4G. This will ease the financial burden on carriers and operators and allow them to generate return on investment on their existing 4G infrastructure.

"5G will have its time, but let’s make sure that we get all the juice out of 4G first. Then it needs to be a natural evolution from one to the other," Patterson said.

At the end of his speech, Patterson confirmed that he expects the U.K. spectrum auction to take place in 2018. He also confirmed that 5G standards would be ratified over the next 12-18 months, with full rollout expected in the following year.

"We need to build the business case over the next quarter or so and I would expect services to be rolled out towards the end of 2019."

Resilient plc recognised as an Investor in People with Gold Standard