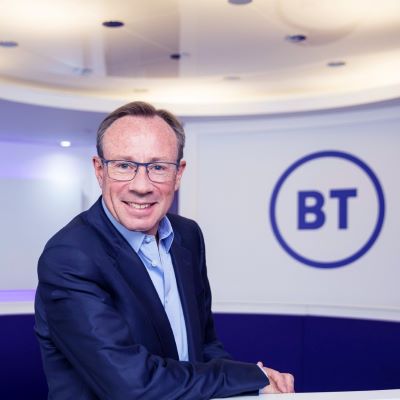 The operator said that a number of barriers to deployment had been removed, allowing them to increase their rollout target for December 2026

Today, BT Group has published its financial results for the 2020/2021 year and with it pledged to increase its fibre-to-the-premises (FTTP) target from 20 million to 25 million by December 2026. The UK’s largest operator said the increased targets should help create an additional 7,000 jobs throughout the country and help deliver on the government’s goals of creating a gigabit-capable Britain.
"This has three massive benefits:  it allows us to go faster, beefing up our capacity to build fibre to households and businesses; it allows us to go further, getting fibre to more people including in rural communities, and; it will help fuel UK economic recovery, with better connectivity and up to 7,000 new jobs," said BT CEO Philip Jansen.
Currently, Openreach’s FTTP network reaches around 4.6 million homes, so there is clearly still a long way to go. A report from Ofcom released just yesterday celebrated FTTP connections being available to 21% of UK homes, but this is a far cry from the 85% target that the UK government has set for 2025.
Previously, when aiming to pass 20 million homes, the fibre operator was hoping to add 3 million new premises to the network each year. Now, this peak build-out rate is set to increase to 4 million per year in order to hit the new 25 million premises goal.
This increased target has been facilitated in a major way by recent favourable regulatory changes, primarily Ofcom’s decision not to cap wholesale prices and the government’s new budget that offers tax breaks for businesses investing in new plant and machinery assets.
“A number of uncertainties have now been removed,” explained Jansen. “The Wholesale Fixed Telecoms Market Review, 5G spectrum auction and the Government’s tax super-deduction give us the green light to build the UK’s next generation digital infrastructure even faster; today we are increasing and accelerating our FTTP target from 20m to 25m homes and businesses by December 2026 to deliver further value to our shareholders and support the Government’s full fibre ambitions.”
The additional premises targeted will reportedly be funded internally, though BT did note that it is open to the possibility of a joint venture over the coming months.
“[BT] could deliver further shareholder value by funding the additional 5m premises through a joint venture with external parties,” noted the operator.
Is BT’s FTTP acceleration enough to meet the government’s 2025 targets? Find out what the experts think at this year’s live Connected Britain event
Also in the news:
What’s the score? Total Telecom’s quarterly financial Score Board
In vino veritas: TIM’s 5G vineyards and the next steps for smart agriculture
Ethio Telecom launches mobile money services as new entrants miss out
Share